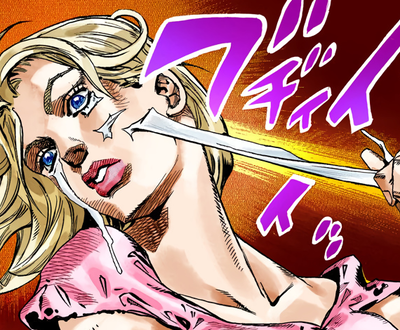 Ticket to Ride (, Chikettu Raido, lit. "Ticket of Tears") is the Stand used by Lucy Steel, featured in the seventh part of JoJo's Bizarre Adventure, Steel Ball Run. It manifests as a set of abilities that will protect Lucy. Ticket to Ride's blade-tear ability was inspired by the phrase "tears are a woman's weapon".[2]

The Stand's name was revealed in the JOJOVELLER Stand book, although it was hinted at as it appears in the chapters titled Ticket to Ride.