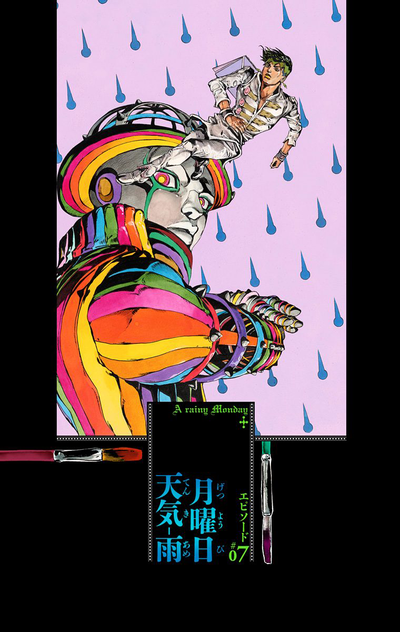 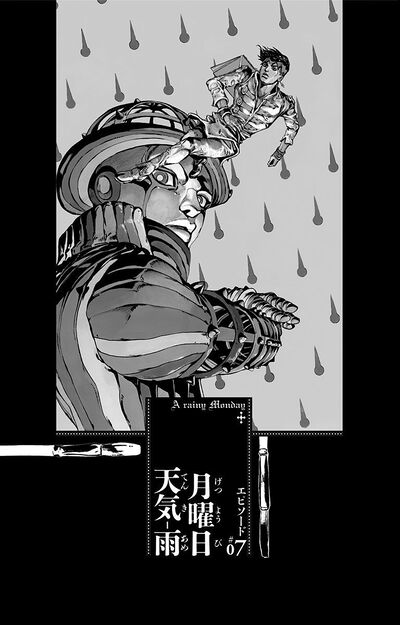 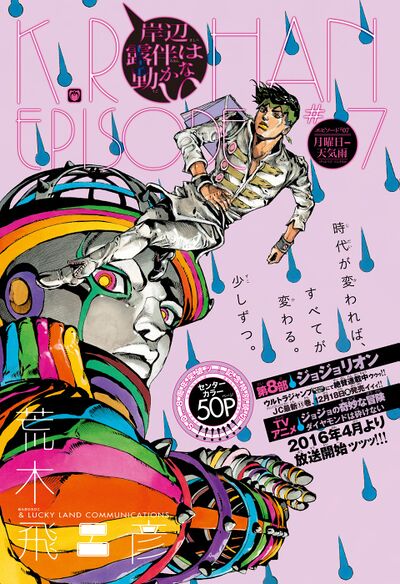 Events conspire to have the obese man overwhelmed by a crowd of people falling into the train tracks. Rohan then witnesses something peculiar. A swarm of strange robotic-like insect all crawl out of the crowd's smartphone, even Rohan's, who realizes he also had been led into the obese man. It is explained that these creatures are a new species of insects soon to be announced by scientists a few years later as Coire electricus lorenzinia (コーイレ・エリクトリカス・ロレンチーニャ, Kōire Erikutorikasu Rorenchīnya). Feeding off electromagnetic waves, the insect can control people to prey on the weak.

“
"So it once existed here on Earth!" When I think about dinosaurs, horrible giant dragonflies and other ancient creatures, my heart skips a beat. I also like to think about new chimeras, like the man-faced fish or the chupacabra. I don't believe in their existence, but each time I think I catch a glimpse of them, I get shivers down my spine. I like that feeling.
”
—Hirohiko Araki
“
『かつて、この地球上に存在してたのかぁ』と、恐竜だとか、気持ち悪い巨大トンボだとか、古代の生物の事に想いをはせるとワクワクします。
逆に存在しても居ない新しい生物の事を考えるのも、とても楽しい。信じてはいませんけれど、人面魚とか。チュパカプラとか。でも、もしかしたらチラリ、居るかもなぁ、と思った瞬間はゾッとします。その「感覚」は好きです。
”
—Hirohiko Araki