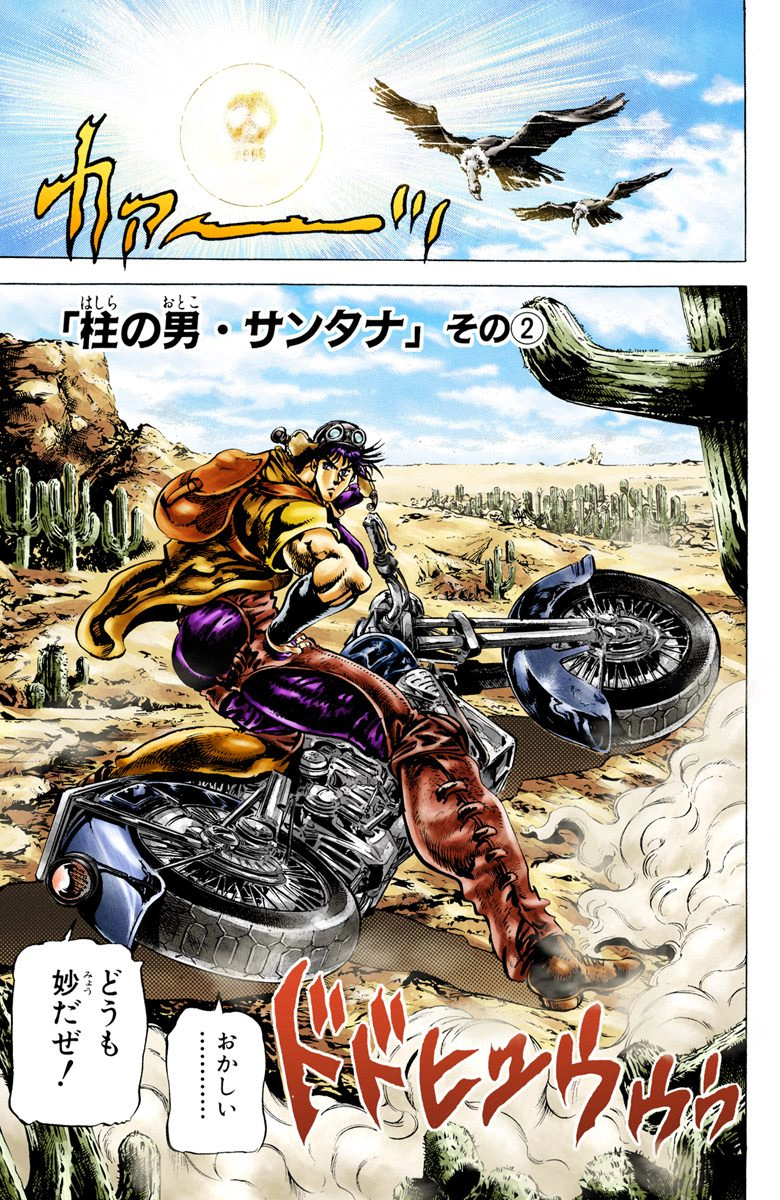 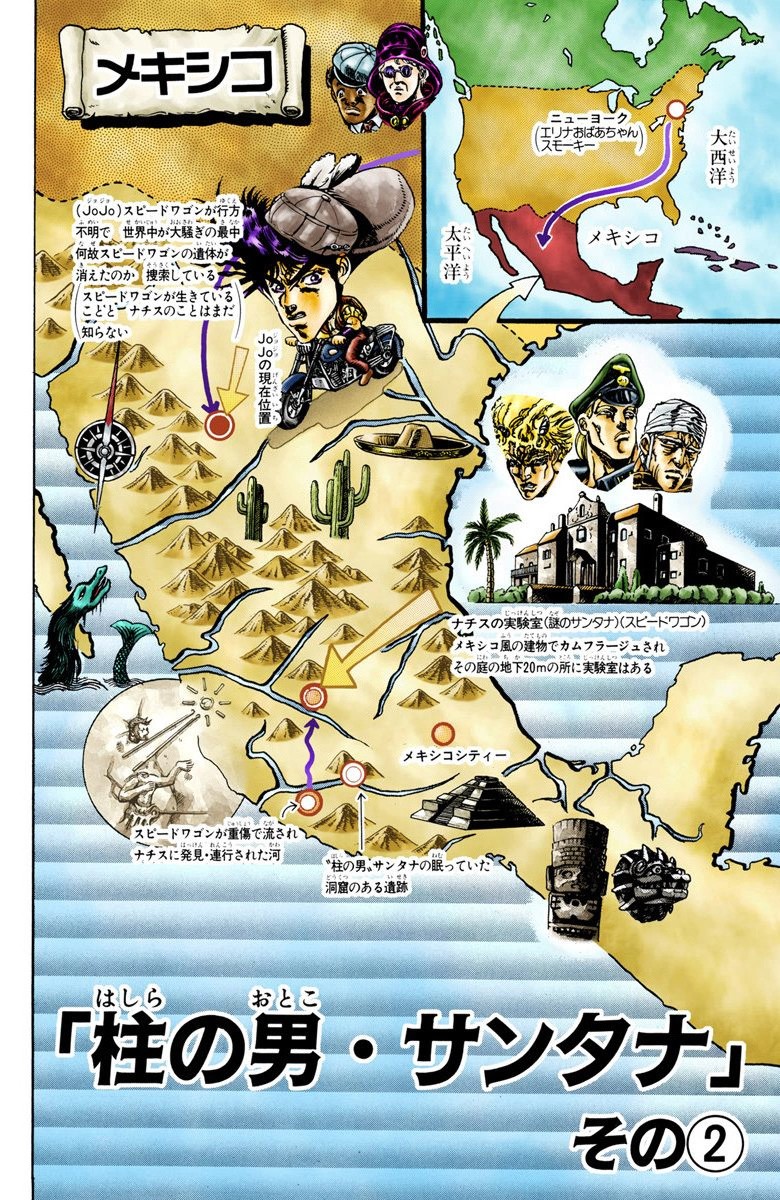 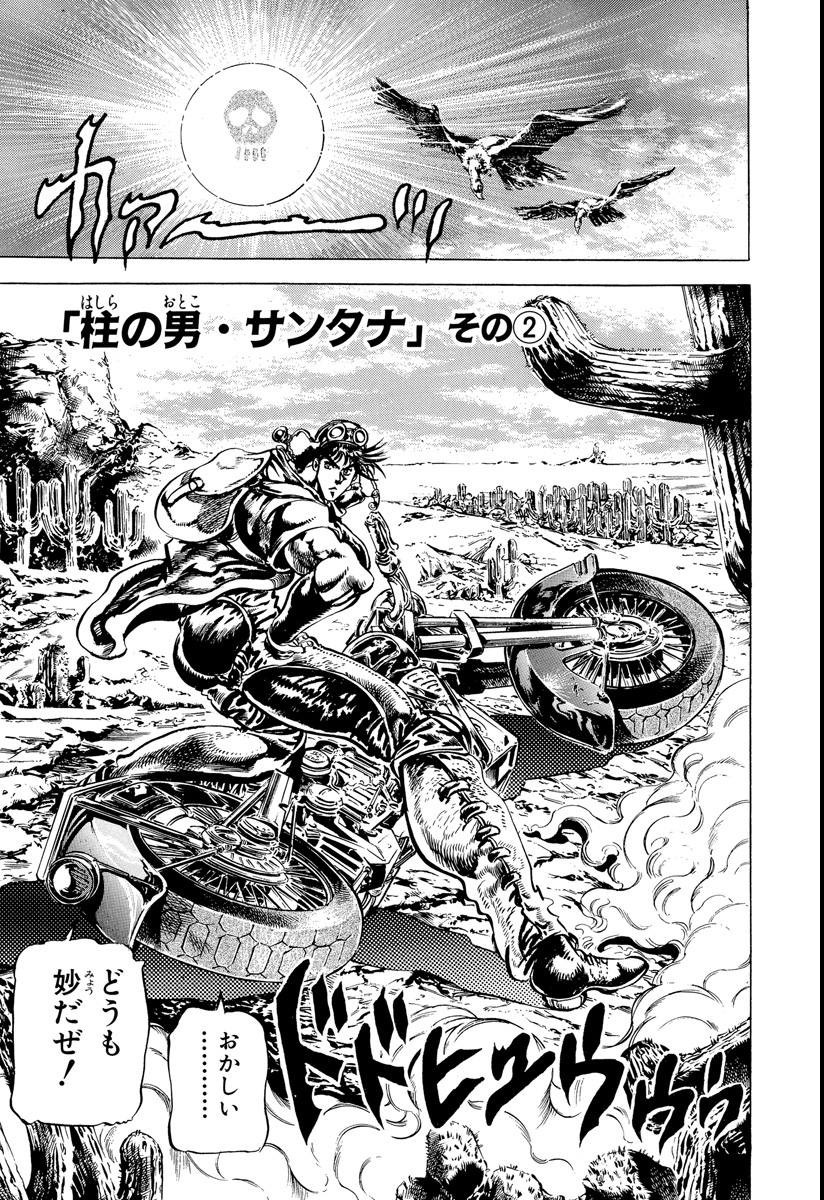 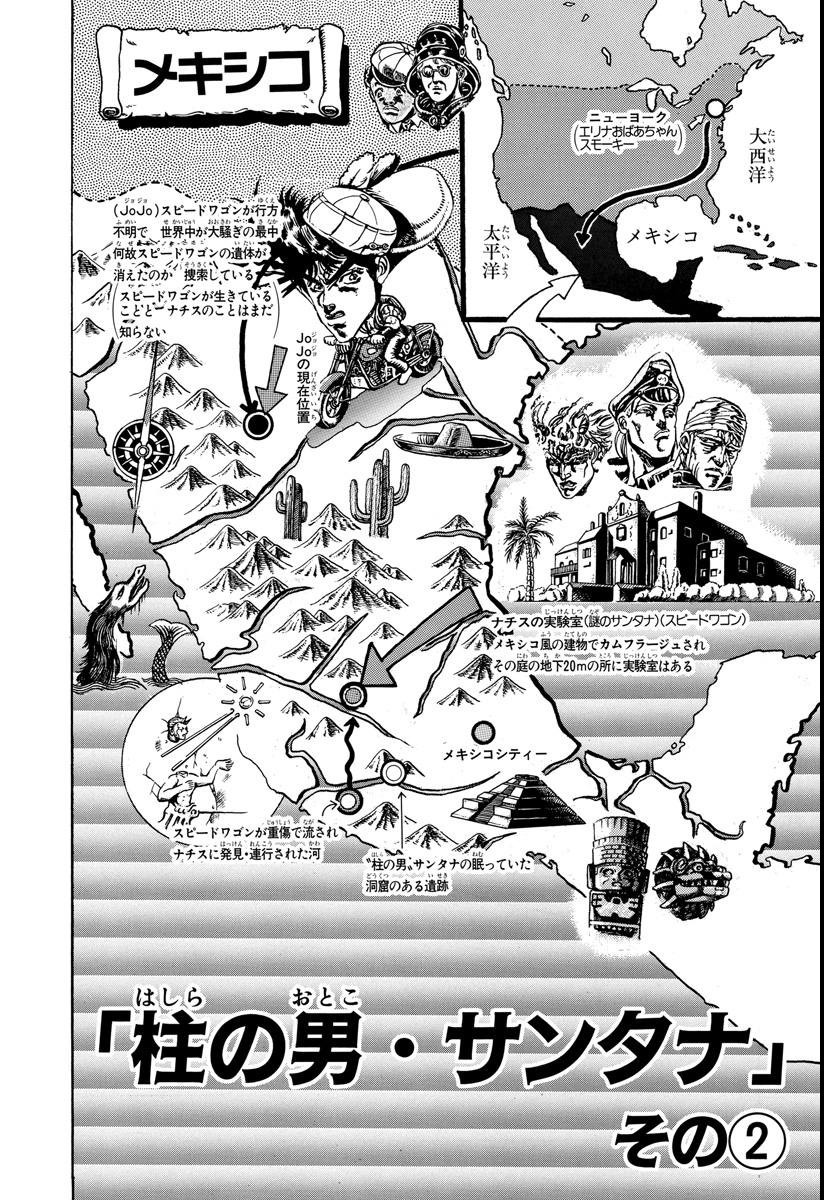 The Pillar Man, Santana, Part 2 (「柱の男・サンタナ」 その②, 'Hashira no Otoko Santana' Sono 2), originally The Desert Pursuer (砂漠の追尾者, Sabaku no Tsuibisha) in the WSJ release, is the eleventh chapter of Battle Tendency and the fifty-fifth chapter of the JoJo's Bizarre Adventure manga.

Joseph senses something amiss and parks his motorcycle in the middle of the desert. A cloak comes floating down from the sky and lands a short distance away from him. Joseph picks up the cloak and tosses it away, revealing an assassin that was underneath the cloak. The assassin attacks him from behind, and he is only able to block with his arm and gets pierced. The assassin reveals his face and Joseph questions him.

The assassin calls himself Donovan, a Nazi spy sent by Stroheim to follow Joseph and obtain information on Straizo. Aggravated, Joseph starts a fight with Donovan, first throwing the cloak into the assassin's face and then proceeding with a Ripple infused punch. Donovan suddenly appears above him doing a handstand on the cloak, confusing Joseph. It's revealed that what's behind the cloak is actually a cactus. Joseph is momentarily distracted, allowing Donovan to unravel his knife into a whip and strike Joseph multiple times. He wraps the whip around Joseph's neck and follows with a double knee to the face. Joseph falls to the ground, and Donovan places his foot on the man's head. Joseph unleashes the Ripple into a nearby cactus, causing it to explode, sending the needles straight into Donovan. This gives Joseph enough time to push Donovan to the ground and secure him.

Back at the Nazi base, Santana is done eating the vampire and has apparently grown in size. Everyone is surprised when Santana is able to speak Stroheim's name, revealing the Pillar Man's ability to adapt to their language.

Author's Note
“
I've received a lot of New Year's cards. I can't reply to all of them, but I read every single one and they're all very encouraging.
”
—Hirohiko Araki
“
年賀状たくさんあり。全てに返事は書けないけれど、ぜんぶ読んで励みにしてます
”
—Hirohiko Araki