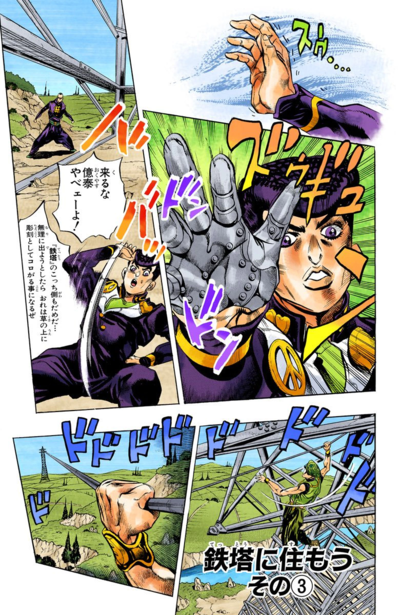 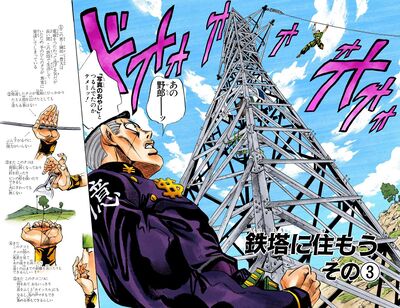 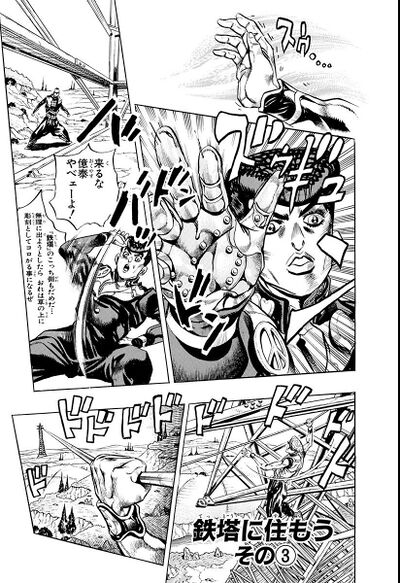 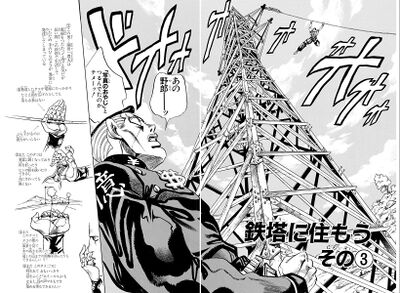 Let's Live on a Transmission Tower, Part 3 (鉄塔に住もう その③, Tettō ni Sumō Sono 3), originally A Transmitting Power! (かけめぐるパワー！, Kakemeguru Pawā!) in the WSJ release, is the one hundred thirty-fifth chapter of Diamond is Unbreakable and the four hundredth chapter of the JoJo's Bizarre Adventure manga.

With Josuke trapped in the tower Super Fly, Kanedaichi tries to slide down a cable toward another electrical tower using his calluses. Okuyasu suggests destroying the whole tower, but while he and Josuke enthusiastically use Crazy Diamond and The Hand to punch one of the pillars, Kanedaichi explains that all damage to the tower will be reflected back. Thus Josuke and Okuyasu receive back their punches, and Okuyasu is taken out. Fortunately, Mikitaka intervenes, having transformed into a cable. He brings Kanedaichi back inside the tower and binds him in order to help Josuke escape.