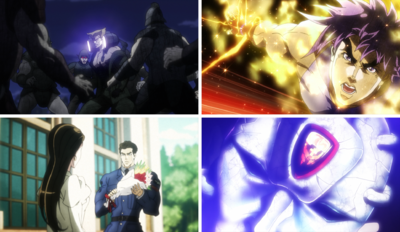 Being forced to cling onto a rope to stop Lisa Lisa from falling to her death, Joseph is at a huge disadvantage against Kars. Meanwhile, Stroheim's corps and the Speedwagon Foundation must still battle Kars's Vampire army. Feeling he has a plan, Joseph sets his scarf on fire, stating he will finish Kars off before it fully burns. Kars then cuts the rope in the hope of sending both Joseph and Lisa Lisa to their deaths but falls into a snare laid out by Joseph, freeing him while Kars is now weighted by Lisa Lisa. Kars and JoJo perform a last exchange of blows during which Joseph exhausts the last of his Ripple to win over Kars's blade and damage his arm, sending him falling while Joseph catches his mother. 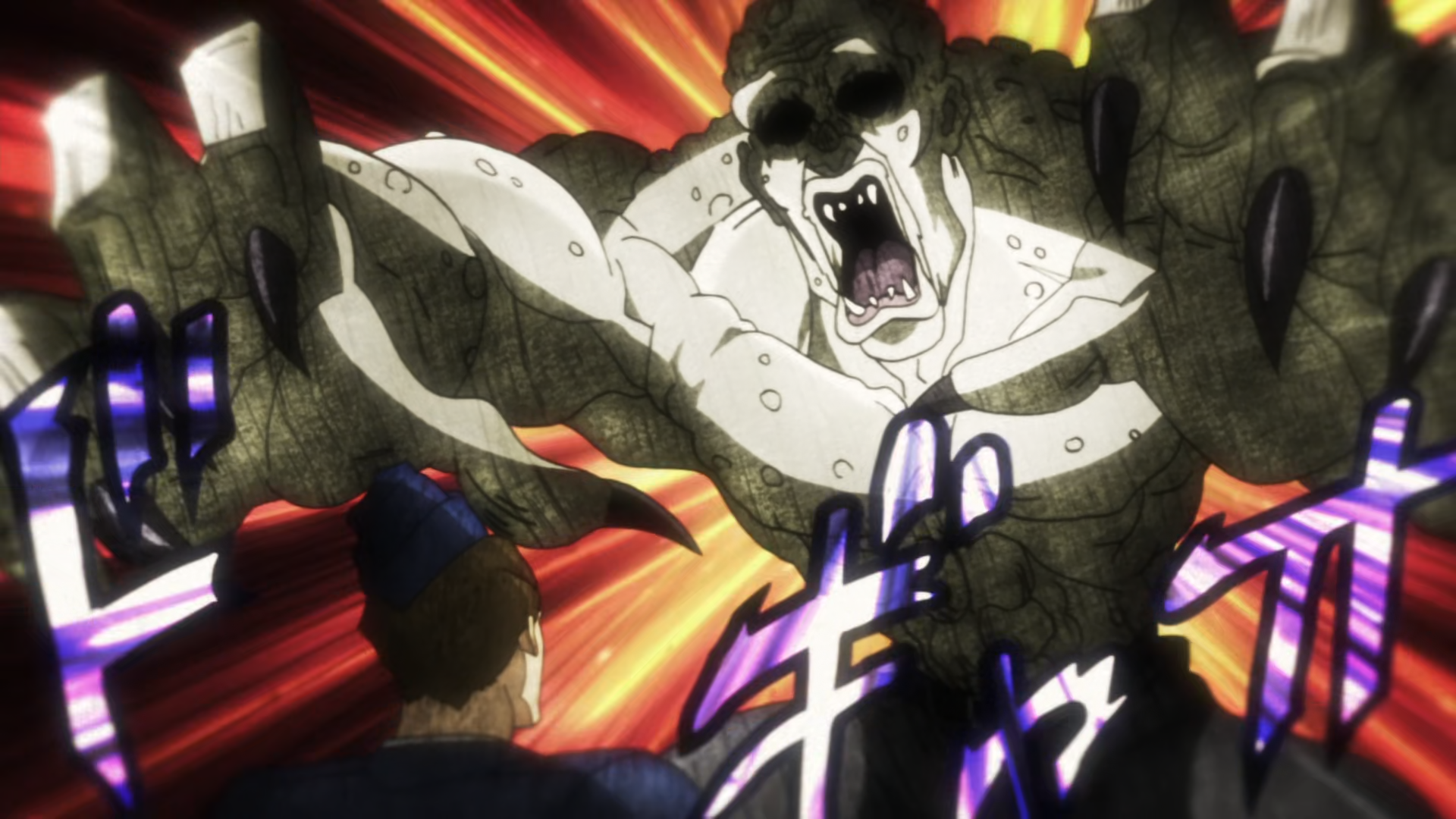 The episode's first half focuses on Kars' defeat, and the second one unveils the past of the Joestar lineage. I prefer the second half, first because Speedwagon's narration is enough to overshadow everything else, but there's also Smokey's reaction and the close-up on his tears at the end of the flashback, which uses as much frames as was necessary. Let's not forget we also get some of Stroheim at the very end (laughs).
”
—Naokatsu Tsuda, Blu-Ray limited edition commentaries

Other languages:
English • português do Brasil
Retrieved from "https://jojowiki.com/index.php?title=Episode_24&oldid=747101"
Category: