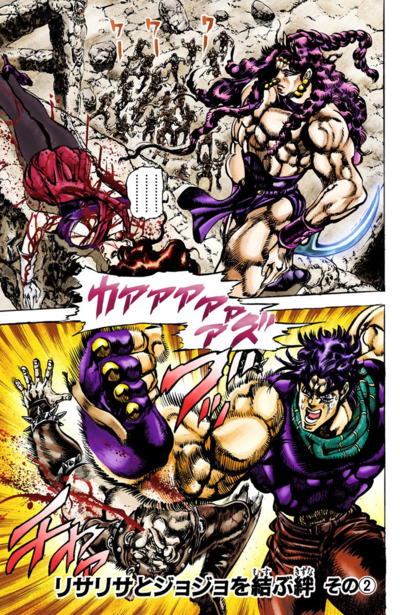 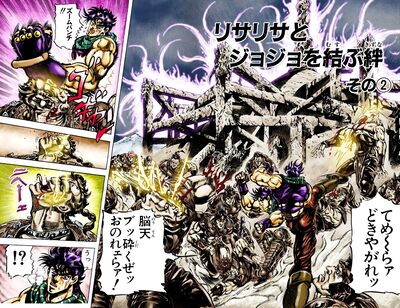 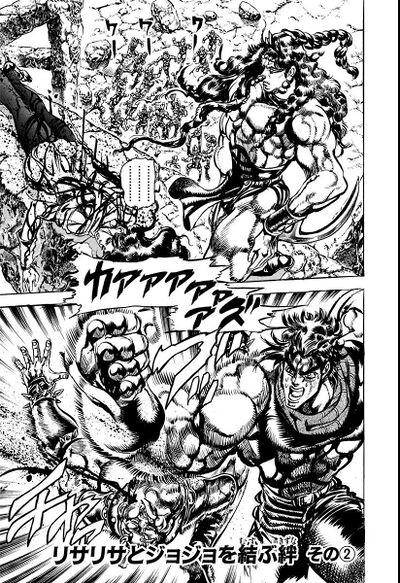 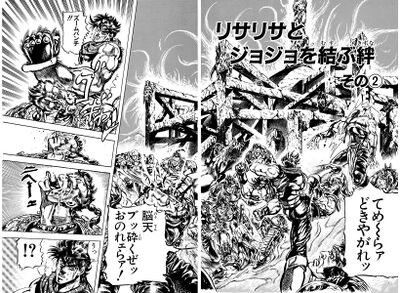 The Bond That Binds Lisa Lisa and JoJo, Part 2 (リサリサとジョジョを結ぶ絆 その②, Risa Risa to JoJo o Musubu Kizuna Sono 2), having the same title in the WSJ release, is the sixty-second chapter of Battle Tendency and the one hundred sixth chapter of the JoJo's Bizarre Adventure manga. 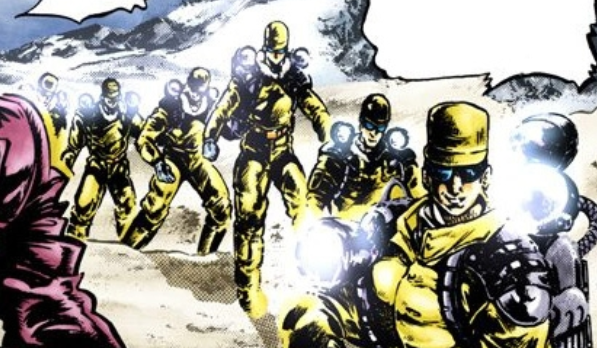