From JoJo's Bizarre Encyclopedia - JoJo Wiki
(Redirected from The Land of Promises: Sugar Mountain (1))
Jump to navigation Jump to search 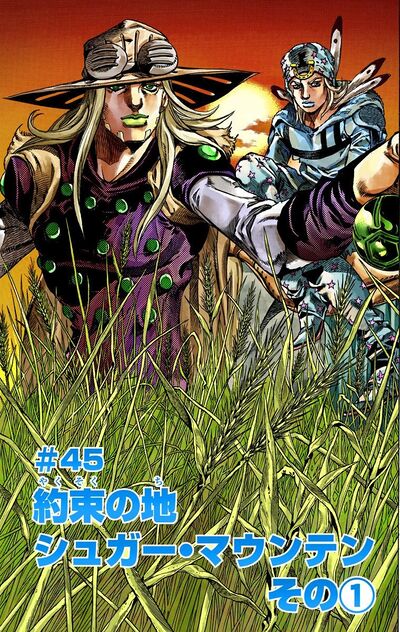 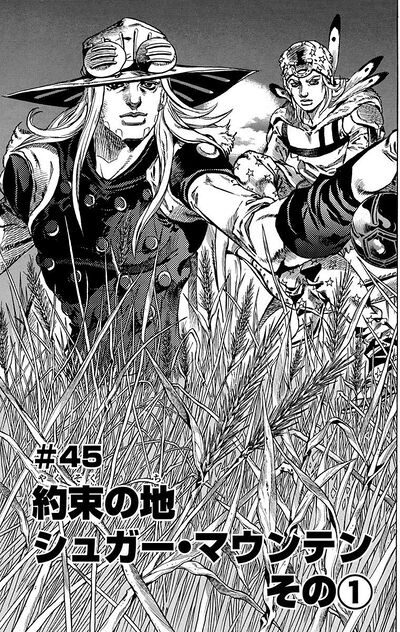 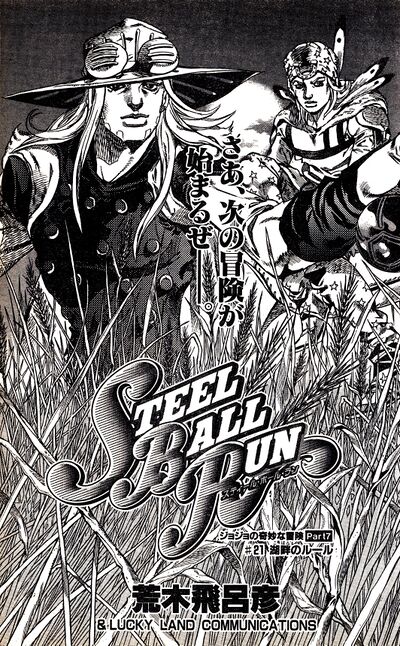 The Land of Promises: Sugar Mountain, Part 1 (約束の地 シュガー・マウンテン その①, Yakusoku no Chi Shugā Maunten Sono 1), originally Rules of the Lakeside (湖畔のルール, Kohan no Rūru) in the UJ release, is the forty-fifth chapter of Steel Ball Run and the seven hundred ninety-seventh chapter of the JoJo's Bizarre Adventure manga.