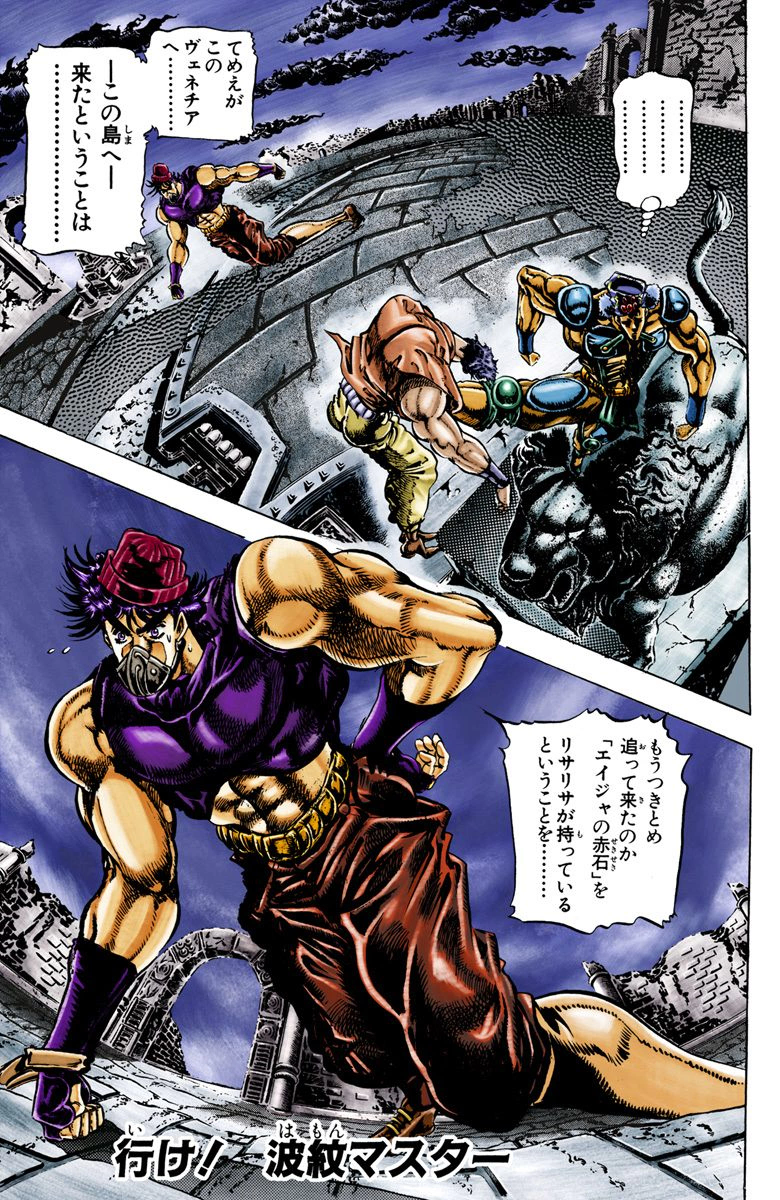 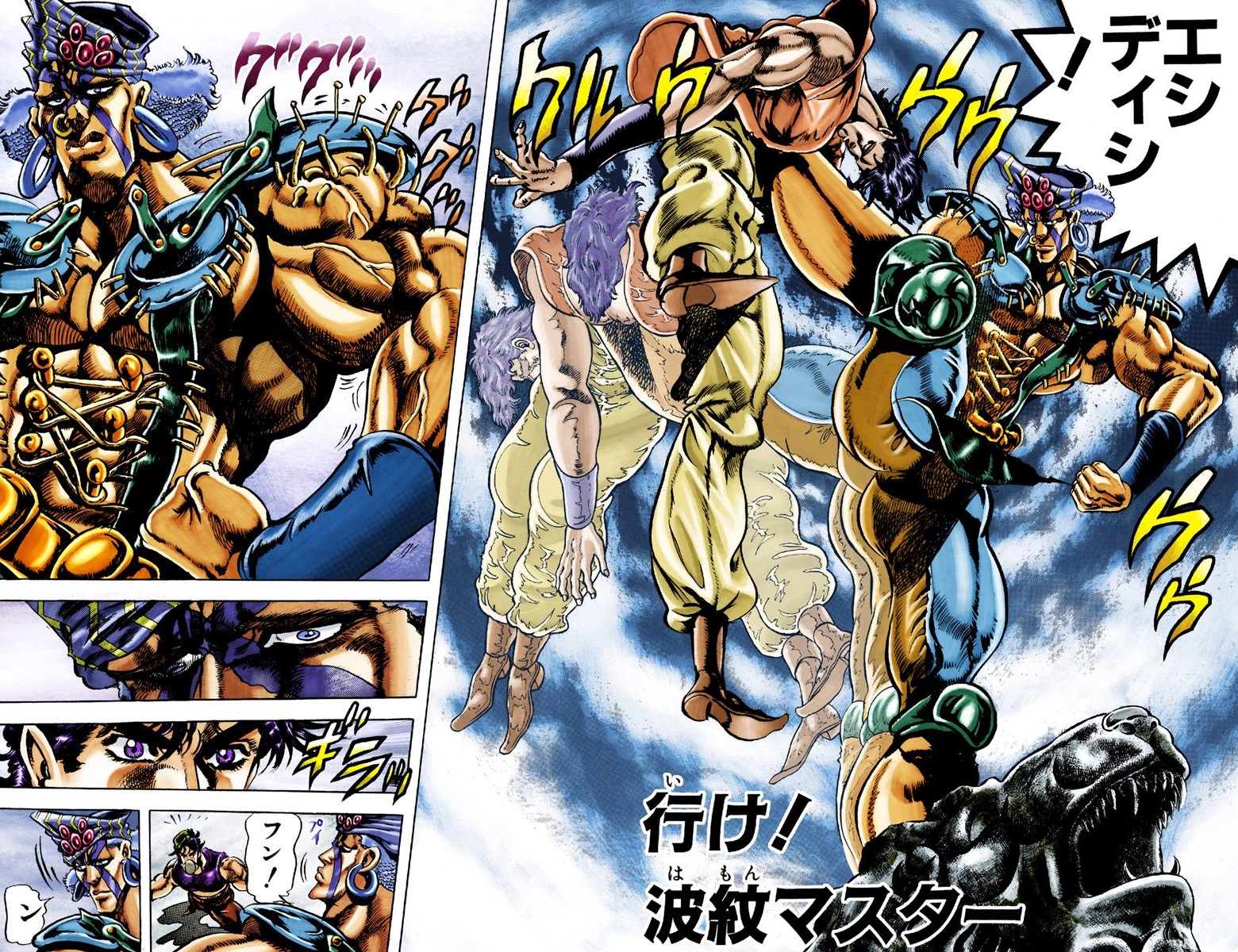 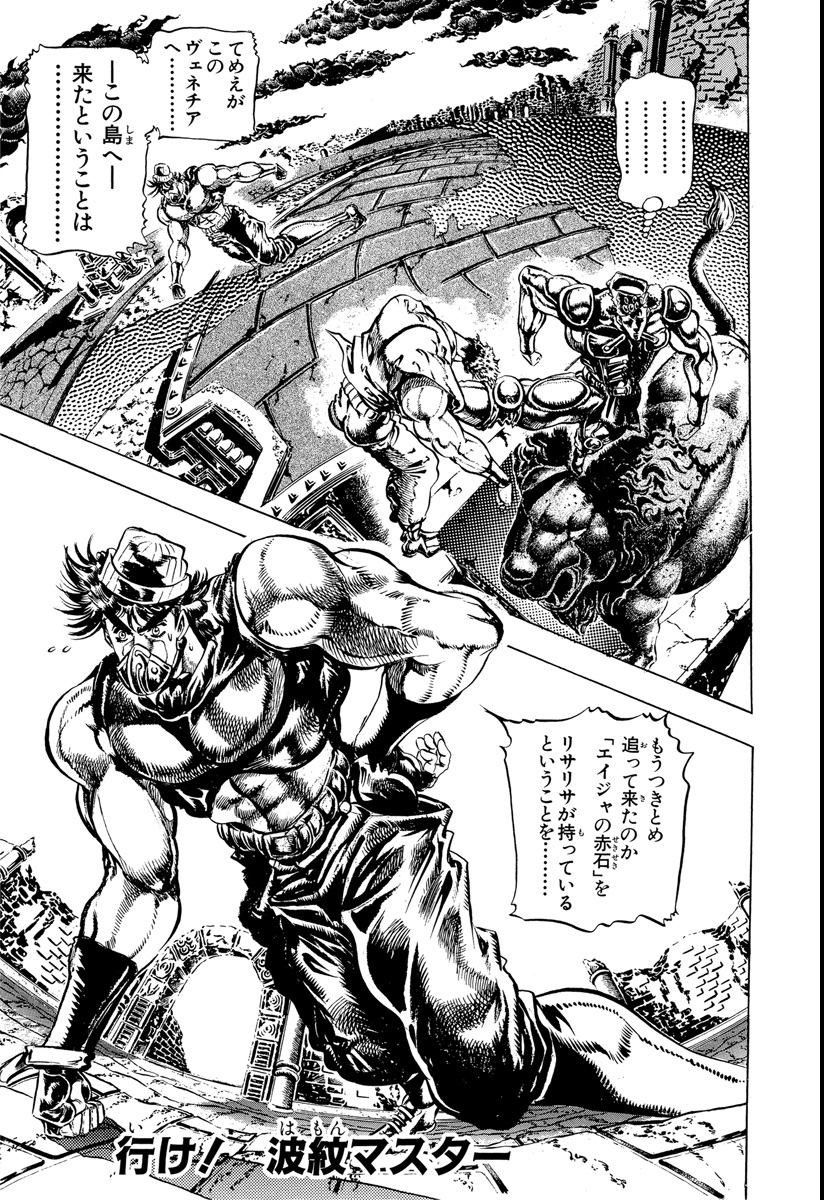 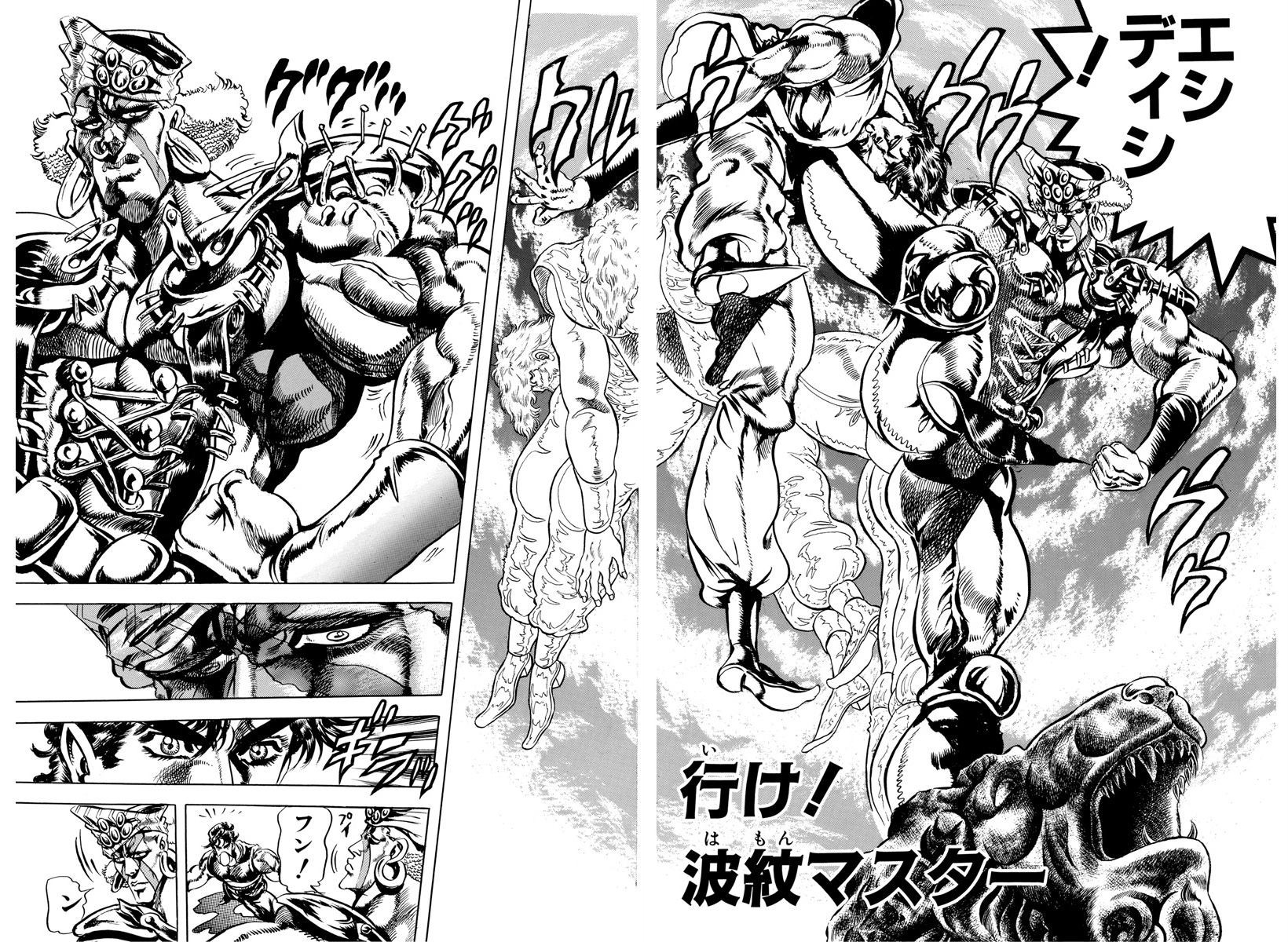 Go! Ripple Master (行け！ 波紋マスター, Ike! Hamon Masutā), originally The Fruits of Harassment (しごきの成果, Shigoki no Seika) in the WSJ release, is the thirty-third chapter of Battle Tendency and the seventy-seventh chapter of the JoJo's Bizarre Adventure manga.