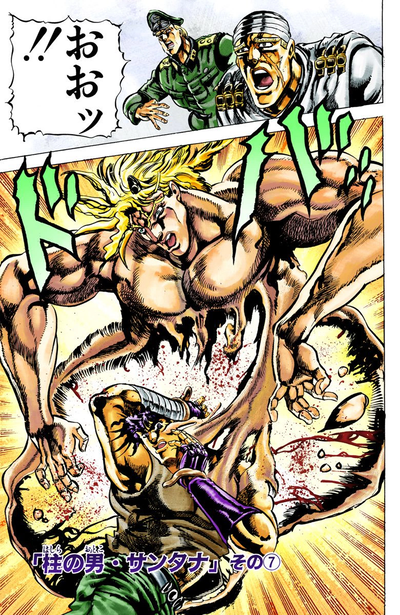 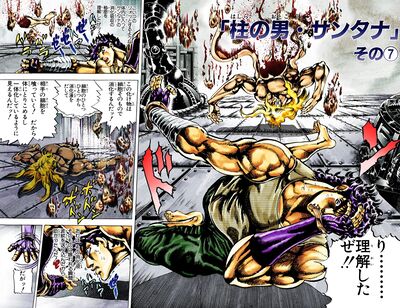 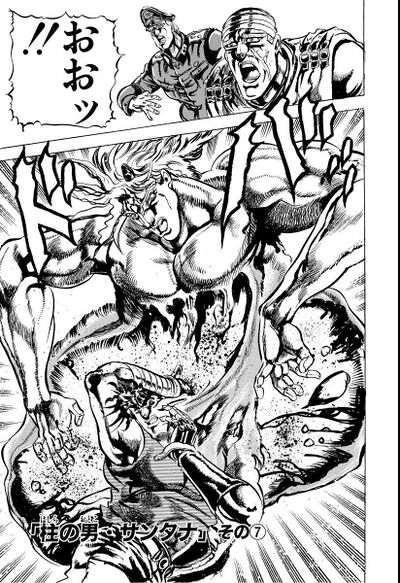 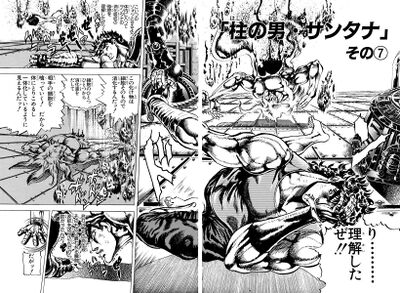 The Pillar Man, Santana, Part 7 (「柱の男・サンタナ」 その⑦, 'Hashira no Otoko Santana' Sono 7), originally Stroheim's Resolve (シュトロハイムの覚悟, Shutorohaimu no Kakugo) in the WSJ and tankobon releases, is the sixteenth chapter of Battle Tendency and the sixtieth chapter of the JoJo's Bizarre Adventure manga.

Author's Note
“
A shop in my neighborhood was selling new records for 200 yen each! Even in this era of CD's, I was still amazed at how cheap they were!
”
—Hirohiko Araki
“
近所で新品レコードを一枚2百円で売っていた！時代とはいえ、安さにあきれました
”
—Hirohiko Araki