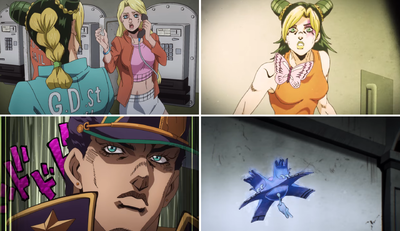 The Visitor, Part 1 (面会人 その①, Menkainin Sono 1)[2] is the third episode of Stone Ocean and the one-hundred-fifty-fifth episode of the JoJo's Bizarre Adventure anime. The episode covers from chapter 10 to chapter 13 and a scene from chapter 75 of the original manga.