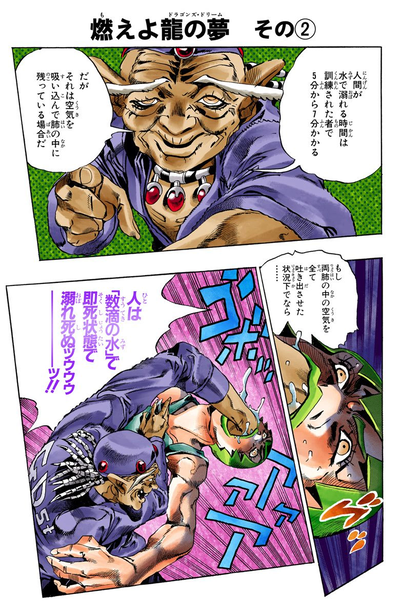 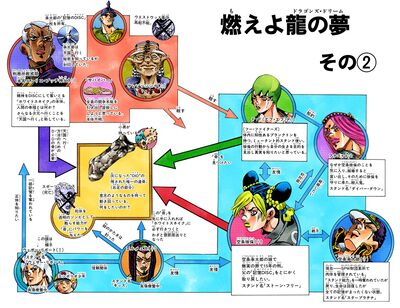 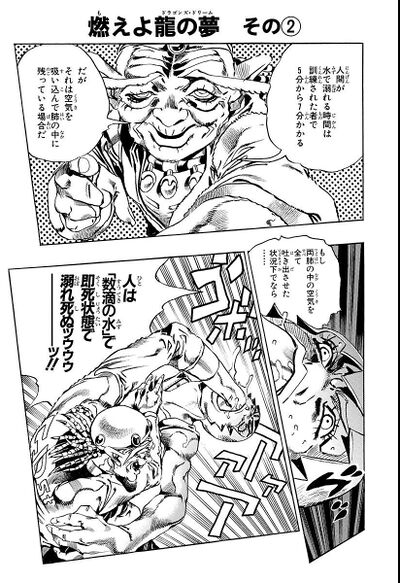 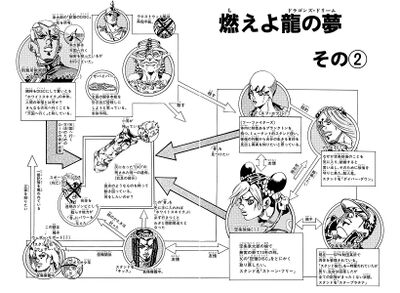 Kenzou's counter-attacks causes Foo Fighters to start 'drowning'; unbeknownst to him, as a life form composed of plankton, F.F. cannot be drowned. He explains how his attack targets the adrenal gland, which gives one the feeling of being swallowed up and suffocated by a giant wave. Worried, Jolyne tries to help F.F. by giving her the time to stab her own throat, releasing the adrenal fluid, and to aim at Kenzou with her bullets.