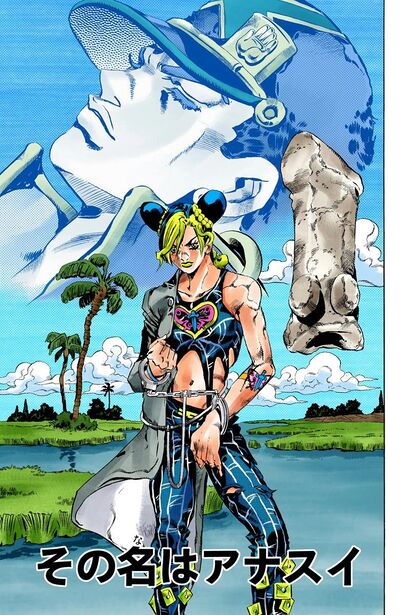 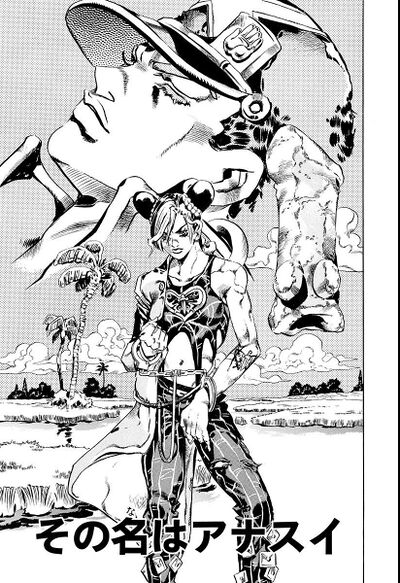 His Name Is Anastasia

F.F. asks for help in saving Jolyne; Emporio explains that he knows nothing of the area, and there are no special ways of getting in there. F.F. tries to get Anasui's help, but Emporio knows he won't because of his past and problematic behavior.

Ever since he was a child, Narciso Anasui desired to take things apart, or disassemble them. When he was twenty-one, he found his girlfriend sleeping with another man, and immediately disassembled them so that they could "never come together again." He was sent to Green Dolphin Street as a result, and it is unclear how he would behave if Weather wasn't there to keep him calm.

Despite his personal issues, Anasui agrees to help Jolyne in order to one day marry her. He runs up to a door and kicks it with his Stand, Diver Down. Hearing the impact, guards open the door from the other side. As the door opens, the Stand's leg appears on the other side and kicks all the guards down.

(Cover only) (Mentioned only)
Jotaro Kujo