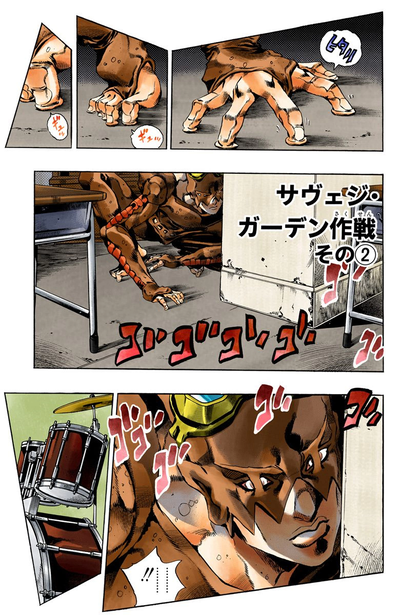 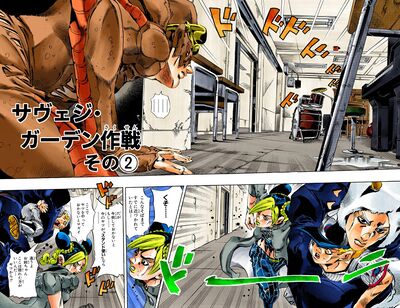 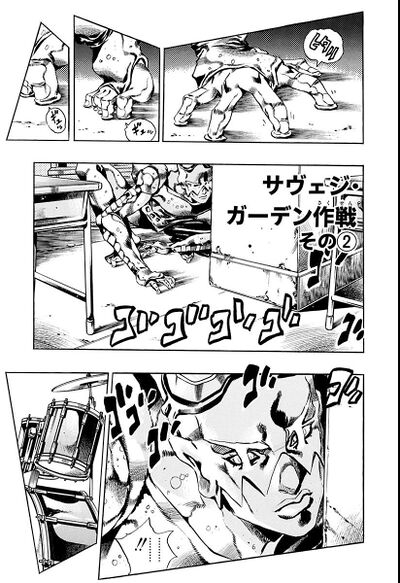 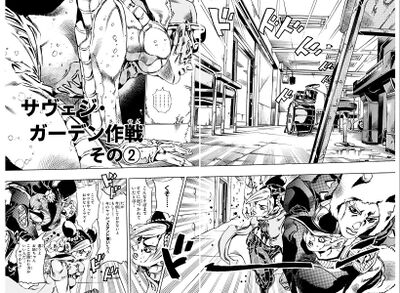 Jolyne, Emporio, and Weather Report dash out of the music room in order to get away from the enemy following them. Jolyne recommends fighting him now, but Emporio exclaims that he couldn't know about Jolyne's goal and thus it's better to hide from him. The enemy, known as Lang Rangler, spits onto the ground, which somehow causes his speed to increase. He spits again, this time onto Jolyne. The group turns a corner and hides in a ghost room within a jacket hanging on the wall.