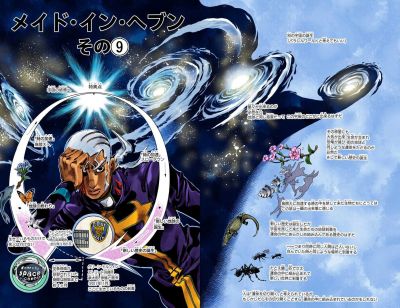 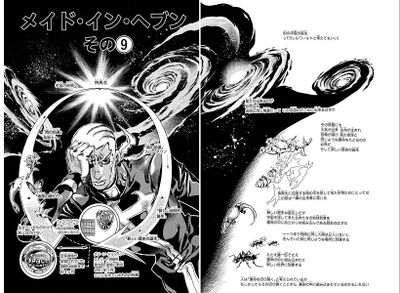 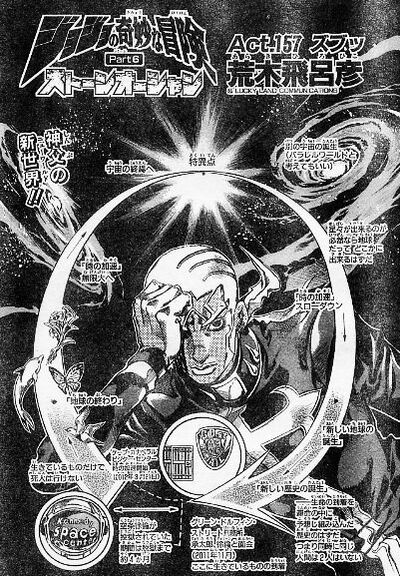 Made in Heaven, Part 9 (メイド・イン・ヘブン その⑨, Meido In Hebun Sono 9), originally Insertion (ズブッ, Zubu) in the WSJ release, is the one hundred fifty-seventh and penultimate chapter of Stone Ocean and the seven hundred fifty-first chapter of the JoJo's Bizarre Adventure manga.