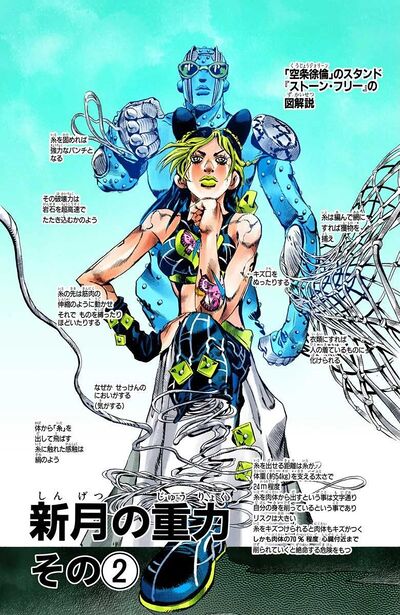 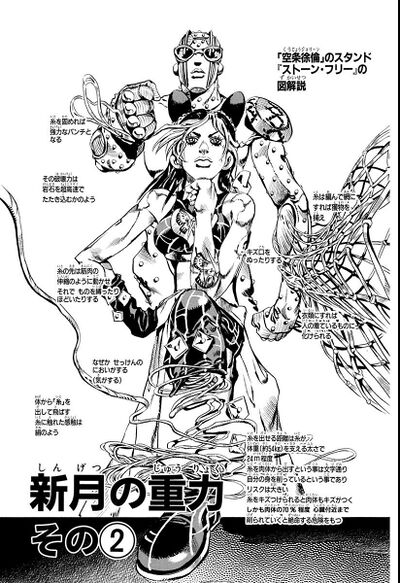 Gravity of the New Moon, Part 2 (新月の重力 その②, Shingetsu no Jūryoku Sono 2), originally That Expression (そのしぐさ, Sono Shigusa) in the WSJ release, is the one hundred fortieth chapter of Stone Ocean and the seven hundred thirty-fourth chapter of the JoJo's Bizarre Adventure manga.