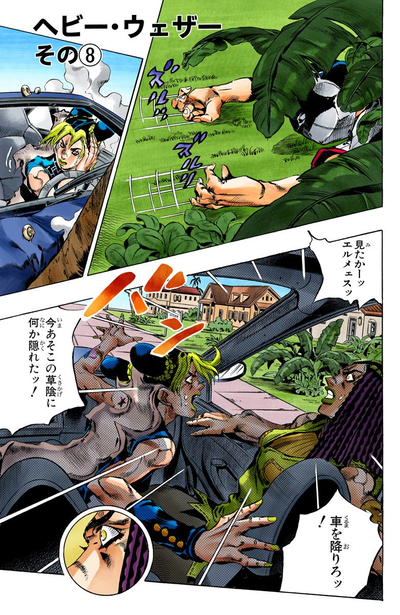 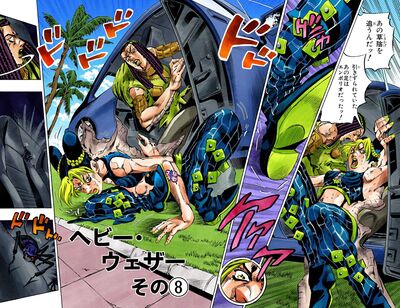 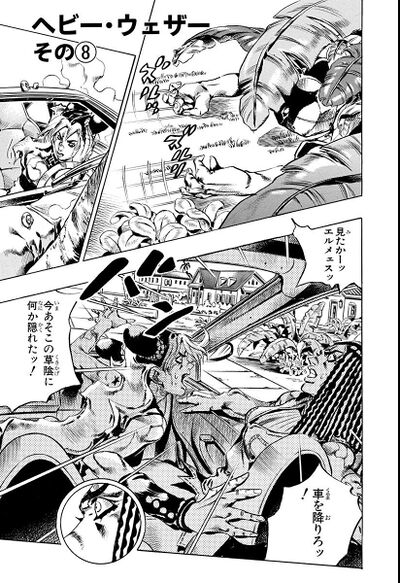 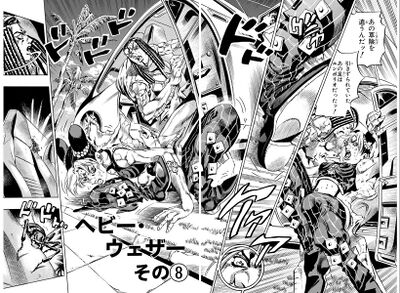 Versus drags Emporio behind a bush, but Jolyne manages to catch a glimpse of him. Jolyne rushes out of the car, but sees that her condition greatly impedes her movements. At the same time, many snail predators such as boat backed ground beetles begin to swarm over Ermes. Her strings becoming slimy as well, Jolyne is reduced to crawl toward the bushes, but the American Football players from the Miami Dolphins spring out of the bushes and drag Jolyne away while performing a play.

Versus, now cleared of Jolyne's threat, resumes his search, investigating how Emporio could make Jotaro's disc disappear instantaneously. However, Versus notices that Jolyne has managed to escape from the Miami Dolphins. A pipe rolls toward him, and Jolyne bursts out of it, using the pipe to hit Versus as her condition as a snail allows her to contort better. Jolyne summons Stone Free to strike Versus, but he counters by summoning a memory of salt to throw it at Jolyne, who is vulnerable to dehydration by virtue of being part snail.

Jolyne is seemingly taken out, Ermes is being devoured by beetles, and Versus finds the ghost bag in which Emporio hid the disc. Triumphant, Versus runs away but forgets that Jolyne, Emporio and himself touched each other. Versus finds himself transforming into snails as well.