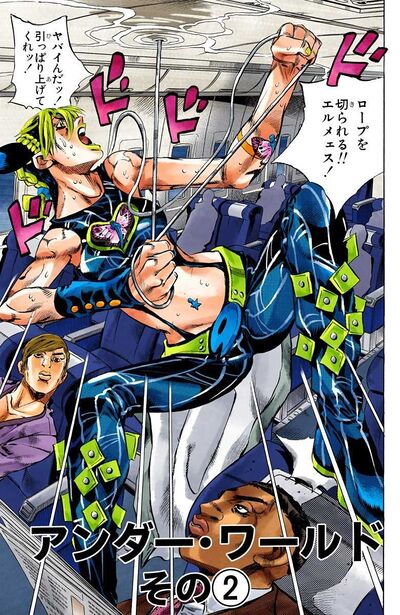 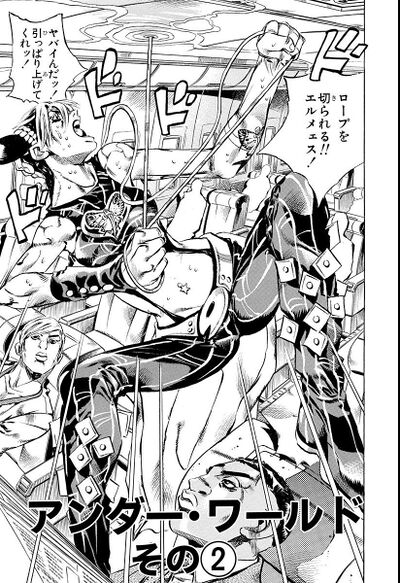 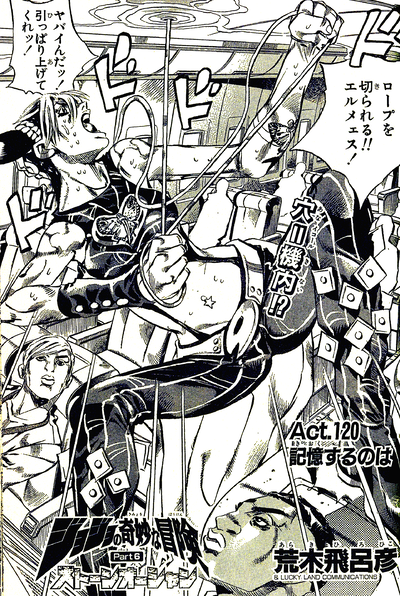 Under World, Part 2 (アンダー・ワールド その②, Andā Wārudo Sono 2), originally What is Remembered (記憶するのは, Kioku Suru no wa) in the WSJ release, is the one hundred twentieth chapter of Stone Ocean and the seven hundred fourteenth chapter of the JoJo's Bizarre Adventure manga.

Jolyne is somehow trapped inside an underground passenger plane, and tries to pull her lifeline so that Ermes pulls her up. Under World lurks on the outside of the plane, and when Ermes finally tries to pull Jolyne, she goes through the fuselage and sees the Stand. She tries to punch it with Stone Free, but Under World avoids the attack and reappears from a tunnel, trying to cut the lifeline. Jolyne launches a pen into Under World's neck, hurting it and Versus, which prompts Pucci to warn Versus about Jolyne's superior experience.

In the hospital room, when Ermes pulls the rope, she's bewildered to see Sports Maxx coming out of the hole. Maxx grabs Ermes and explains that the ground has a memory that Under World can materialize. Although Ermes destroys Maxx, she falls into the hole and finds herself trapped in the plane too. A flight attendant then asks Jolyne and Ermes to sit down, as the plane will be crashing at 21:33, four minutes from now.