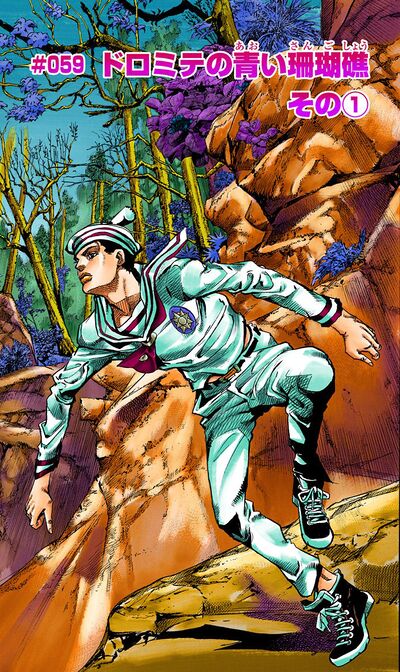 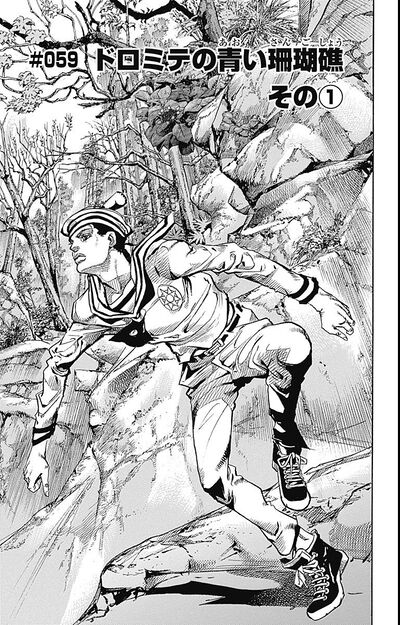 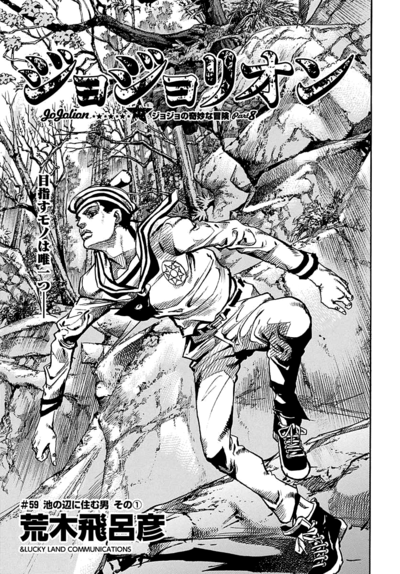 Josuke asks Norisuke to teach him how to ride the motorcycle being kept in the garage. However, Josuke really didn't care about the motorcycle and just used it as an excuse to talk to Norisuke away from his family.

He brings Norisuke's attention toward images taken at 4:08 A.M by the Higashikata House's security cameras. Norisuke is shocked at the sight of a rock appearing to transform into his son Jobin, who then examines a branch in the family's orchard. Norisuke finds it hard to believe that Tamaki Damo had any other allies because he was the boss and they were all defeated already. However, Josuke states that there is evidence toward Jobin and Damo being business partners, and believes that it is Jobin's job to launder the group's revenue by using Norisuke's fruit parlor to import the Locacaca into the country.

Josuke thanks Norisuke for taking care of him but states that he won't allow anyone to get in his way and that he's fine looking for the branch himself. Norisuke thinks of how Tsurugi was ill and feels guilty letting Josuke go off on his own, so he gives Josuke a cellphone containing a secret photo of a plant appraiser that only he knows of. The man is capable of telling apart the grafted branch from ordinary ones. After Josuke is told to go meet him, he warns Norisuke to not let Jobin find out about their plans.

When Josuke leaves, Norisuke notices Kaato relaxing on a hammock in his garden. He angrily mentions that he doesn't plan on giving Kaato anything, and demands for her to get out of his sight. While Kaato is alone, she calls Jobin and informs him that his father and Josuke are starting a secret plan. Jobin thanks his mom for the information and recalls how he witnessed Josuke killing Damo.

Jobin drives to a shrine and puts gloves on before throwing fried chicken by the pond. After making noises with his mouth, a rock human with no arms or legs appears and attempts to bite him. Jobin dodges and then hands over the bucket of fried chicken to the man. He tells the man how Damo and their other allies were all killed, and asks for a favor.

Meanwhile, Josuke is given a letter by a courier boy. The letter is addressed to "Higashikata Josuke-sama", and the boy says he was told to deliver the letter by a man around the corner of the street who gave him a reward for doing so. While Josuke wonders who it's from, he notices a strange tooth stain in the corner of the envelope and immediately throws the letter on the ground. In fear, he says the letter isn't safe to open and describes something small and hard inside.

Suddenly, the courier boy turns around and walks back toward Josuke.