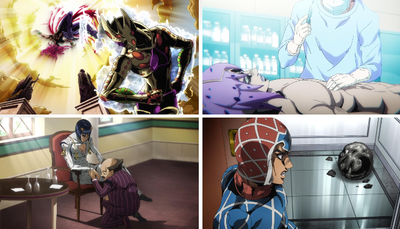 Gold Experience Requiem (ゴールド・・レクイエム, Gōrudo Ekusuperiensu Rekuiemu)[1] is the thirty-eighth episode of Golden Wind and the one-hundred-fifty-first episode of the JoJo's Bizarre Adventure anime. The episode covers from Chapter 588 to Chapter 591 of the original manga.

Giorno now possesses Gold Experience Requiem and defeats Diavolo. The story jumps back to the past, presenting the time Mista had to investigate the mysterious death of a florist's daughter.

A dramatic recap of the last episodes renarrates the events of the last night, from Chariot Requiem's appearance to Giorno seizing the Arrow, to the tune of O Fortuna. The plot then briefly jumps back to the past with Team Bucciarati sharing a meal together.

Diavolo and King Crimson get heavily pummelled by Gold Experience Requiem and are sent into the Tiber. Mista and Trish are amazed at Giorno's victory but Trish then raises the alarm as she cannot see Diavolo's body. It is shown that Diavolo is now further down the river and is climbing into a sewer, having somehow survived his encounter with Gold Experience Requiem. However, he then meets with a group of homeless men who just injected themselves with drugs. One of the delirious men then stabs Diavolo in the chest in an attempt to protect his coat, which horrifies Diavolo as he finds himself defenseless. Suddenly, Diavolo blacks out and wake up in an unknown room. Confused, Diavolo sees a doctor named Monica Ultello record her operation, which is revealed to be an autopsy on Diavolo himself. Diavolo is unable to move or be heard by Ultello, and watches with horror as she harvests his organs. Diavolo blacks out and now finds himself in the streets. Remembering everything, the once almighty Boss is bewildered by what is happening to him. Startled by a bystander's dog, he moves back but trips into the road and on the path of a speeding car.

Giorno sees the spirits of his friends in the sky

Back to Rome, Trish senses that Diavolo is still alive, but Giorno reassures her that although he doesn't understand Gold Experience Requiem's ability, he is sure that Diavolo is now trapped out of reality himself and is living a neverending demise. Diavolo is last seen in the countryside despairing of his countless deaths and shouting at a little girl to stay away from him. Mista suddenly remembers Bucciarati and, assuming that he's still alive, tells his companions to hurry back to the Colosseum and heal him. Reminded of his partner's death, Giorno feels distressed but then witnesses Bucciarati, Abbacchio and Narancia in the clouds who reassure him about the future. Giorno notices the Arrowhead on the ground.

Back to the flashback, Mista enthusiastically explains how he's deduced that meat from herbivores must be more delicious than the meat from carnivores, meaning that humans must actually taste bad. Bucciarati arrives and informs the team that "Leaky-Eye" Luca has died and that Polpo has ordered him to investigate the matter. Moreover, Fugo presents a florist to him. The florist explains to Bucciarati that one day, his daughter went to her boyfriend's apartment and then jumped from the roof of the building, clutching a round stone with her. The florist suspects the boyfriend Scolippi, a sculptor by trade, and asks Bucciarati to avenge his daughter in exchange for his life savings.

Bruno refuses to simply commit a revenge hit but accepts to investigate the matter and deal justice. Bucciarati tasks Mista to go to the boyfriend. However, Mista suddenly sees a round stone in his seat as he stands up. Mista touches the stone, only to hear someone pleading to be killed. Although Mista is worried, everybody only sees an ordinary stone and urge him to hurry to the parking lot so that Fugo and Bucciarati can drop him off at Scolippi's address. Disturbingly, Mista keeps spotting round stones near him as the group drives to the boyfriend's apartment and mentions this to his team, although his suspicions only confuse them. Fugo and Bucciarati drop Mista off, but Bucciarati then decides to follow Mista to watch over him. Meanwhile, Mista has reached the elevator. Suddenly, he sees the stone inside the elevator and instinctively shoots it. However, the crumbling stone takes the shape of an injured Bucciarati and Scolippi can be seen hiding behind the door of the elevator. Mista thus realizes that a Stand is involved in this case. 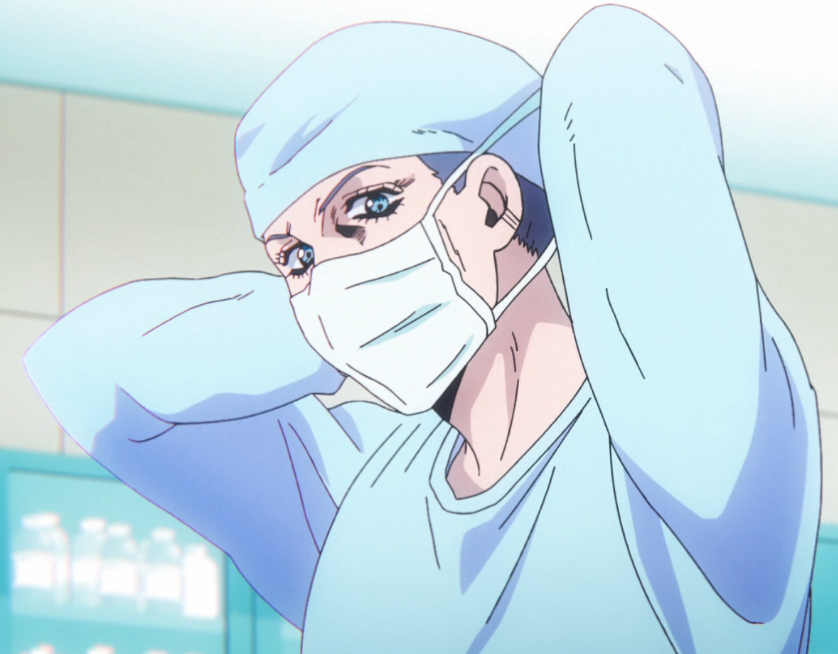 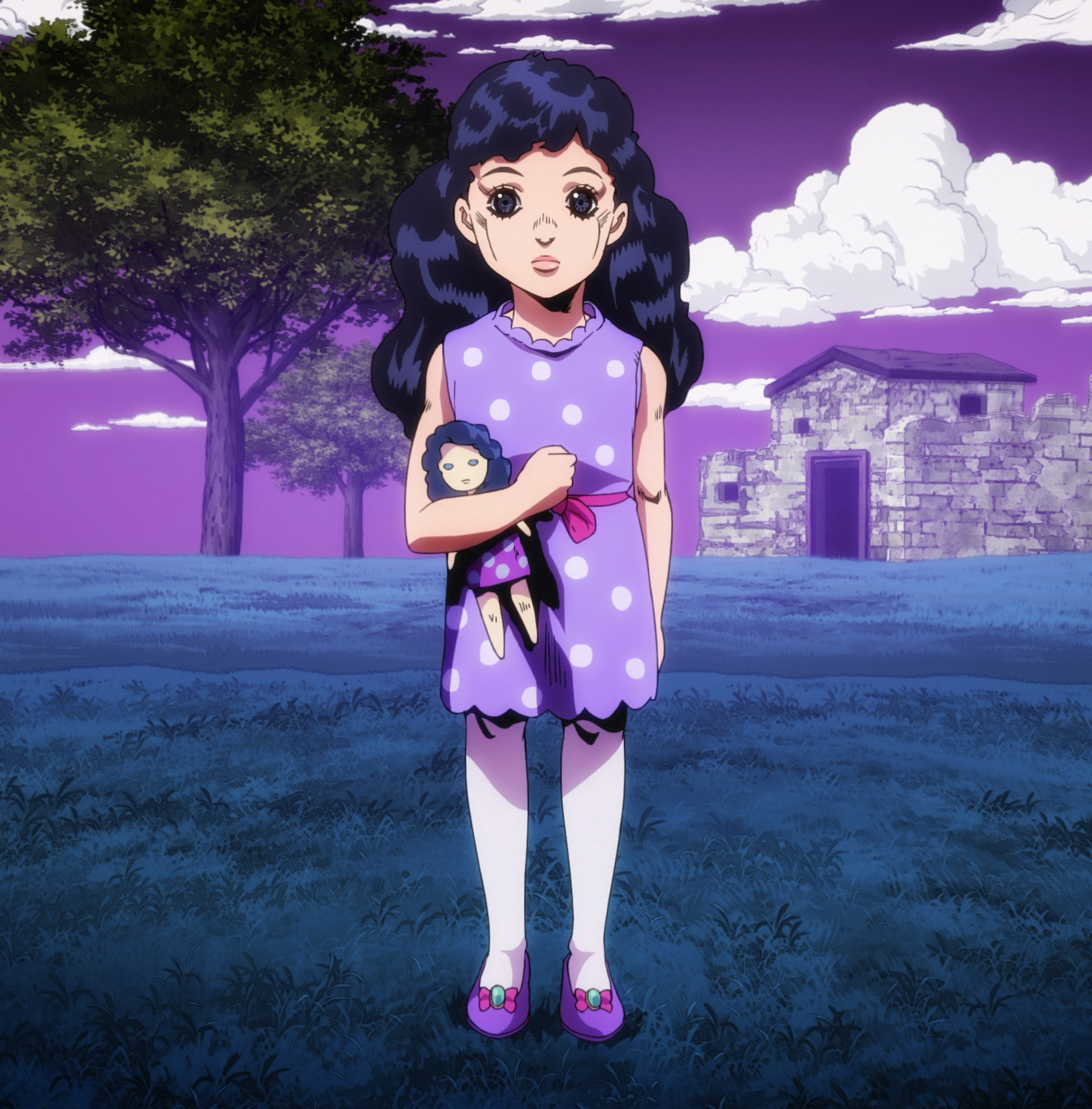 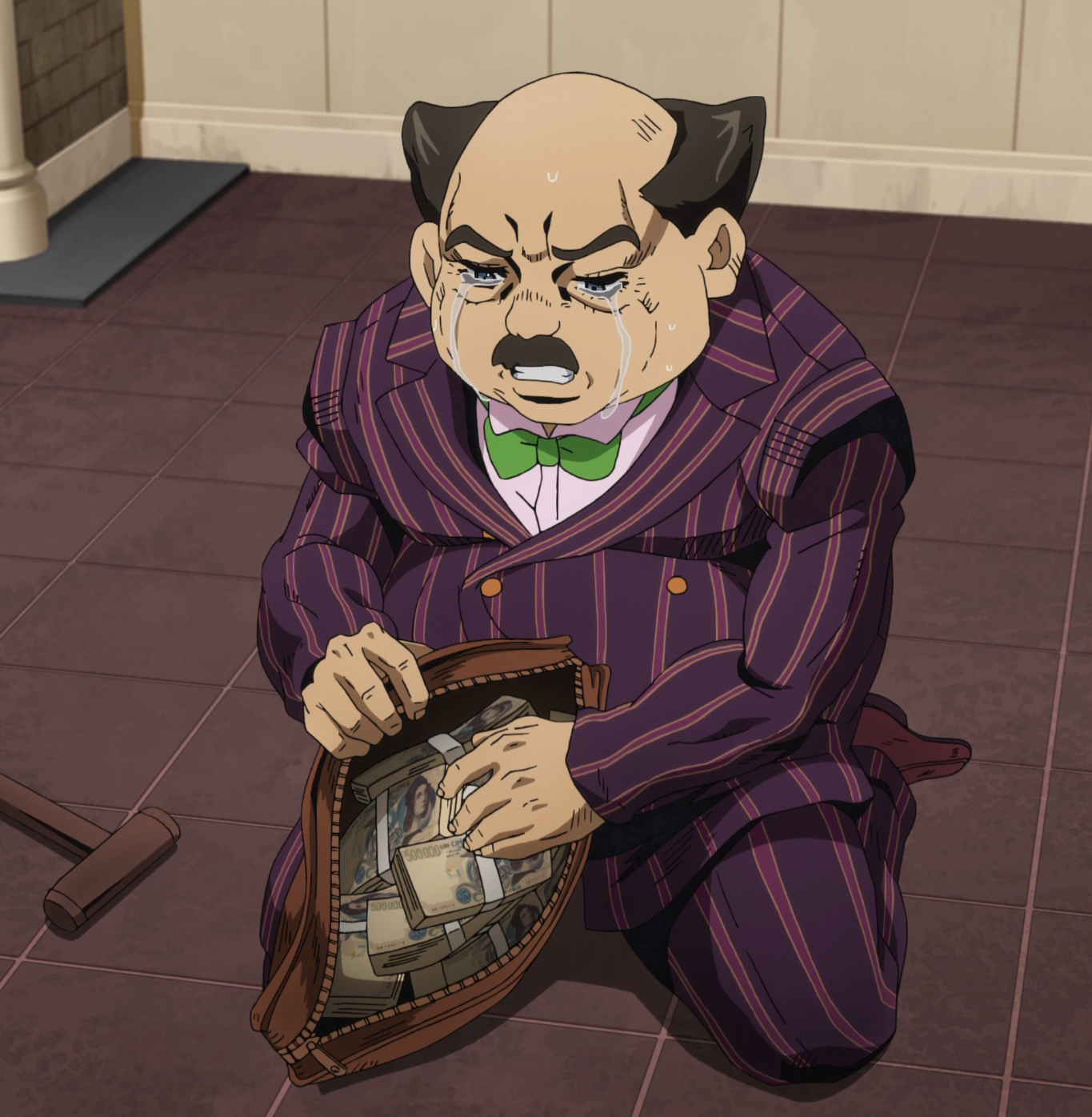 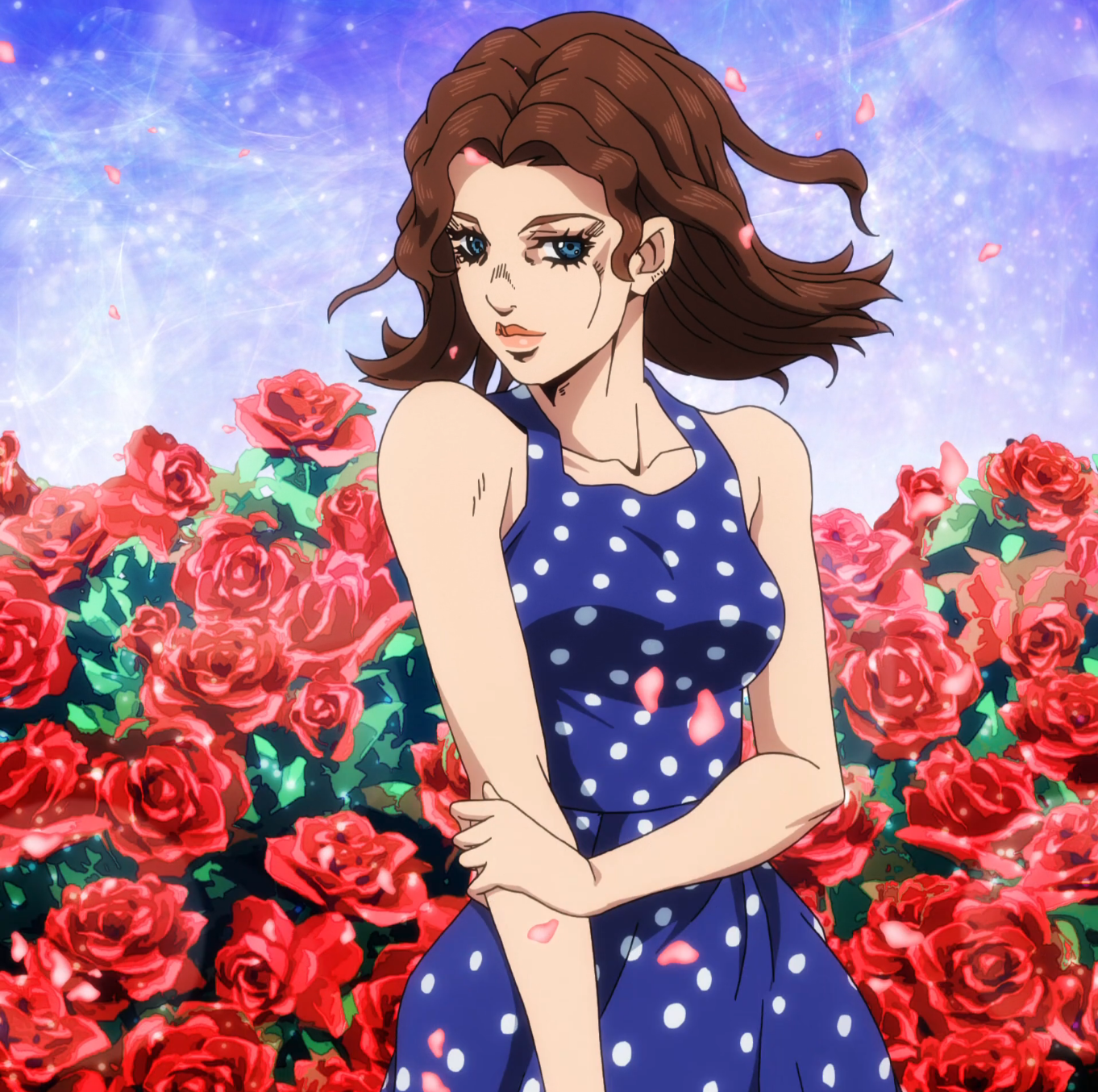