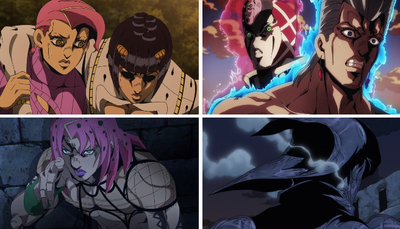 His Name Is Diavolo (そいつの名はディアボロ, Soitsu no Na wa Diaboro)[1] is the thirty-third episode of Golden Wind and the one-hundred-forty-sixth episode of the JoJo's Bizarre Adventure anime. The episode covers from the end of Chapter 567 to most of Chapter 571 of the original manga. 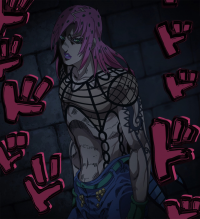