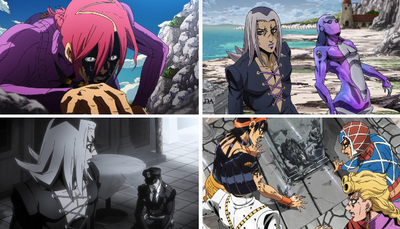 Beneath a Sky on the Verge of Falling (今にも落ちて来そうな空の下で, Ima ni mo Ochite Kisō na Sora no Shita de)[1] is the twenty-eighth episode of Golden Wind and the one hundred forty-first episode of the JoJo's Bizarre Adventure anime. The episode covers from Chapter 548 to Chapter 550 of the original manga.

After a gruesome battle, the Boss has outsmarted Risotto Nero and has had him shot by Aerosmith. On the beach, Team Bucciarati notes that their enemy is down and discusses what to do next. Bucciarati orders Abbacchio to replay the past to uncover the Boss's face as soon as possible, but Abbacchio reminds him of Carne and Notorious B.I.G, highlighting the need to confirm the identity of the enemy. Thus, Bucciarati and Narancia leave to check the dying enemy while Giorno and Mista remain to guard Abbacchio and the turtle.

over. Suddenly, Giorno spots a suspicious piece of rock in Abbacchio's hand and turns it into a ladybird with Gold Experience, leading them to the stele and a negative of the Boss's face and fingerprints. Abbacchio has fulfilled his mission even in death, and Team Bucciarati can leave the beach with a solid lead to the Boss's identity. 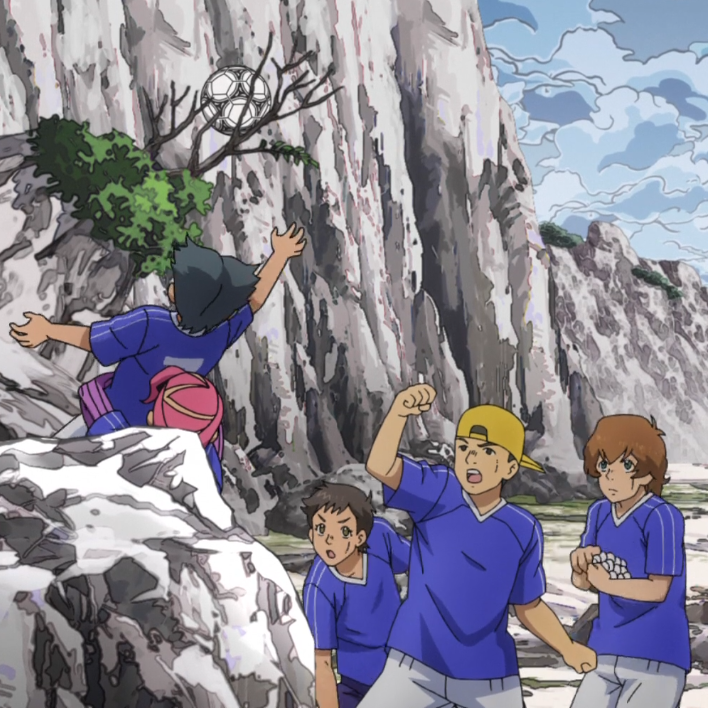 “
The flowers near where Abbacchio lay were original to the anime. Of course, I like the manga's more tragic, harsh depiction, too, but this way of sending him off made me emotional. And the cast credits roll truly surprised me. I cried for real watching this episode.
”
—Junichi Suwabe, Blu-Ray limited edition commentaries