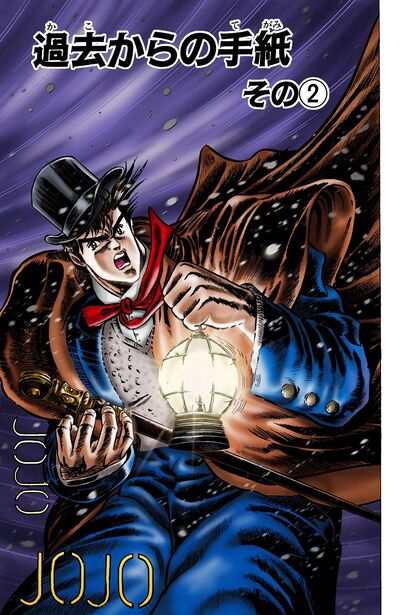 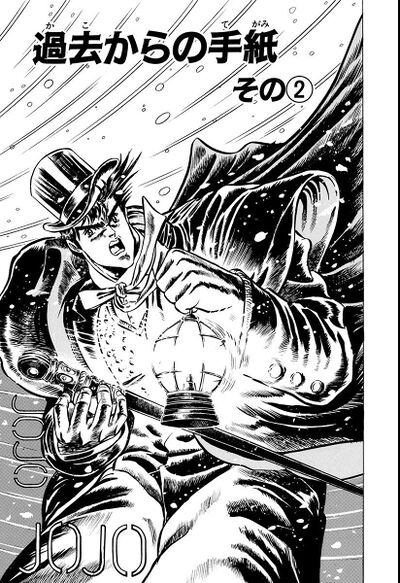 Author's Note
“
My father's lung surgery was a success! As his unworthy son, I am very relieved. Now, I can devote myself to work.
”
—Hirohiko Araki
“
父の肺の手術が成功！不肖の息子の私もひと安心。これで仕事に気持ちが専念できます。
”
—Hirohiko Araki