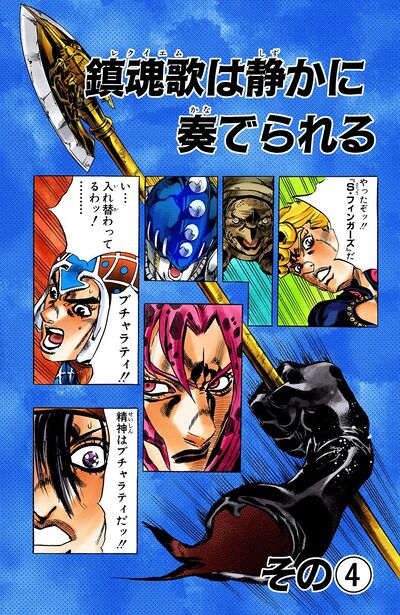 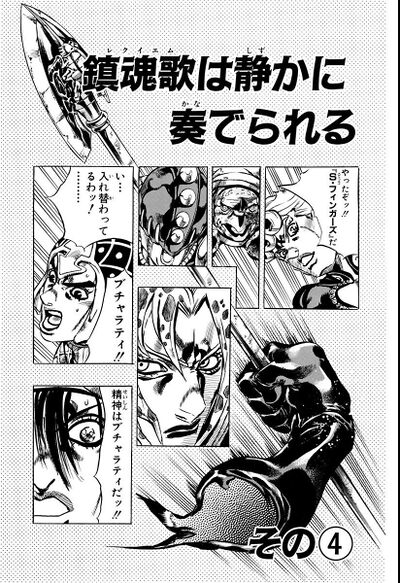 Sex Pistols No.1 goes momentarily berserk, redirecting one bullet back at Mista, but is saved by Spice Girl softening it right before it hits his face. The party realizes that Silver Chariot's manipulation of souls extends to that of Stands, and the Sex Pistols who watched over Bucciarati's body warn everyone that he has woken up.