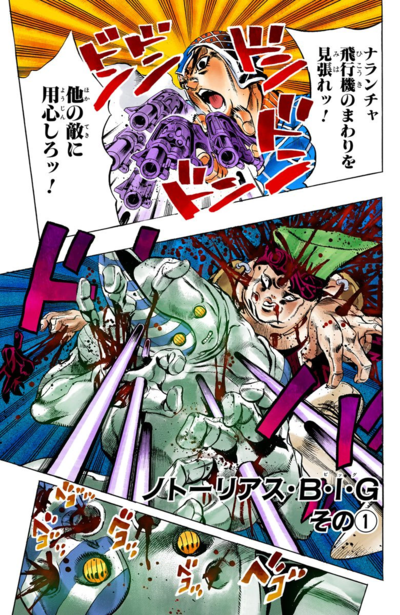 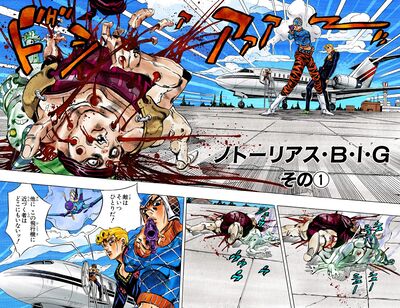 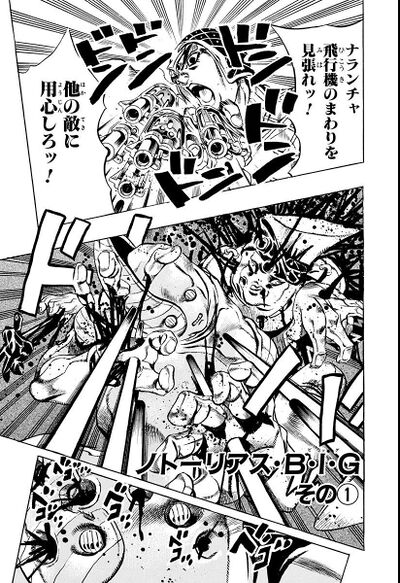 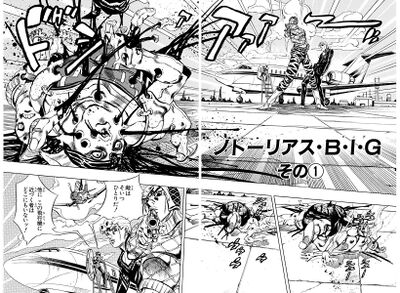 Mista having killed Carne and Giorno having checked the body to make sure of it, the group now successfully takes off and fly toward Sardinia 20,000 feet up in the air and at 800kmph.

Bucciarati asks Trish if there's anything about the Boss she can reveal, and Trish tells that her mother met him in Le Cala di Volpe balnear station and that he was a local; however, he disappeared shortly after Donatella's holidays and never met afterwards.

Giorno notices some strange noises coming from the fridge and investigates it, discovering suspicious finger bones. Mista and Giorno don't understand what these fingers are doing in the plane. Mista momentarily distracts Giorno by grabbing him, ordering him to admit that it's a prank or something alike. When he turns his head to the fridge, one of the fingers has disappeared.