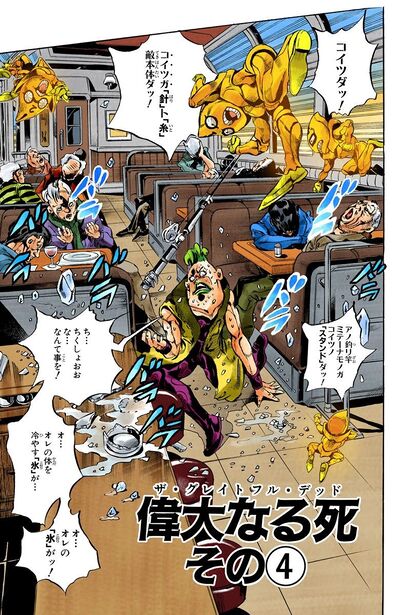 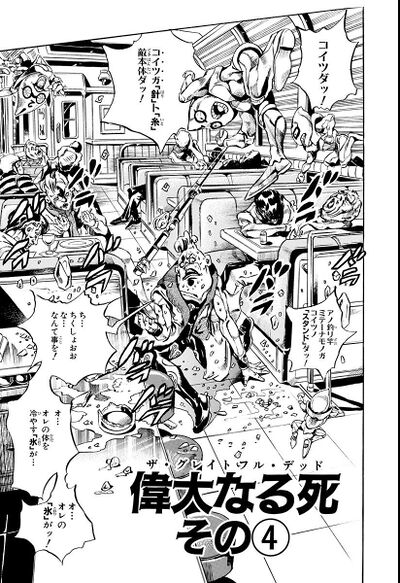 Sex Pistols have found Pesci, and Mista approaches him from the train's control room. Pesci, with no ice to revert the aging process, tries to escape, but is stopped by an aging passenger.

Mista shoots Pesci's hand as he enters the train car, and begins to mercilessly interrogate him as he rubs ice on himself. When Pesci doesn't answer his question, Mista prepares to shoot, but is stopped by the aged passenger. Grabbing Mista's hand, the passenger causes Mista to age rapidly. Mista tries to retaliate, but Sex Pistols are too withered to move. The passenger reveals himself to be Prosciutto, capable of aging even himself and hiding among the passengers.

Prosciutto smacks and stomps on Pesci as punishment for his weak heart. He lectures Pesci on how he must grow up and become brave, and finishes his speech by shooting Mista in the head three times.