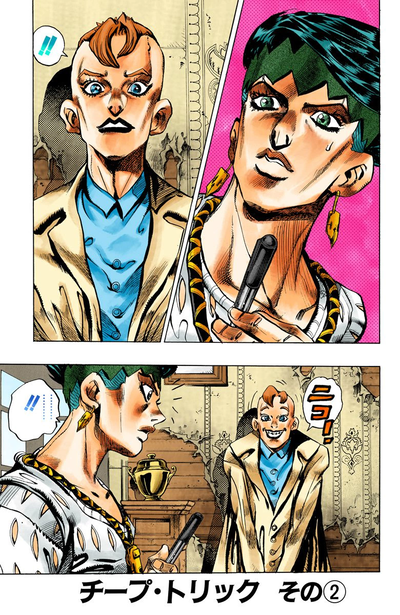 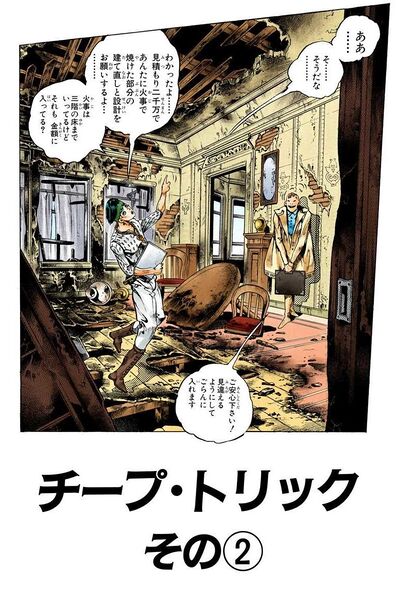 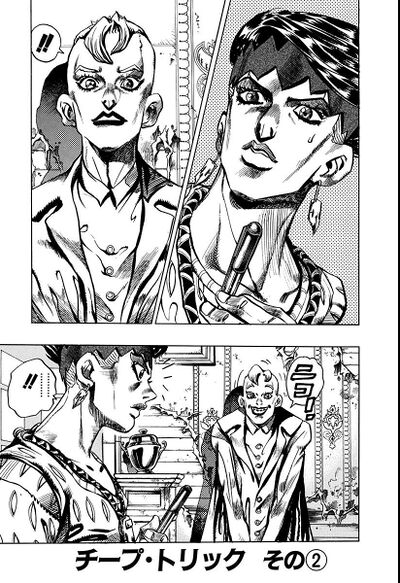 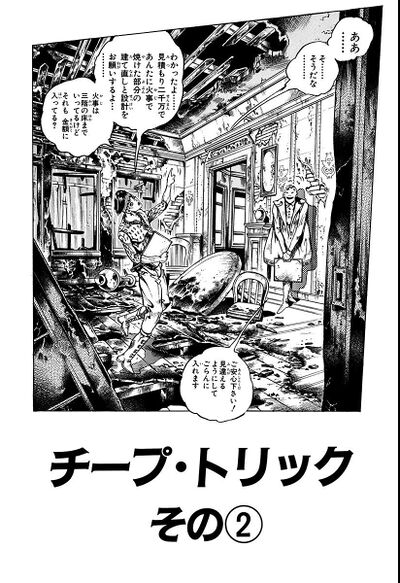 Cheap Trick, Part 2 (チープ・トリック その②, Chīpu Torikku Sono 2), originally Give Me a Piggyback Ride! (おんぶして！, Onbu Shi te!) in the WSJ release, is the one hundred forty-eighth chapter of Diamond is Unbreakable and the four hundred thirteenth chapter of the JoJo's Bizarre Adventure manga.

Rohan looks at Masazo, the strange architect who doesn't want anyone to see his back. While pretending to not mind Masazo's quirk, Rohan plans to see his back somehow, but challenges himself by planning not to use his Heaven's Door. Approaching the stairs leading to the second floor, Rohan pretends to drop an eraser behind Masazo to take a look, but Masazo uses a bridge pose to hide his back and crawls on the stairs, also picking up the eraser for Rohan. Rohan and Masazo awkwardly go up the stairs, with Rohan's curiosity growing inside him.

At the third floor, Rohan pretends to have an unbearable itch in a spot on his back where he can't reach and asks Masazo to scratch his back. As Masazo approaches, he falls through the wooden planks, Rohan having baited him into it. Rohan then looks at Masazo's back, which is revealed to be completely ordinary, to Rohan's disappointment.

Masazo then panics, saying that he's going to die. Shortly after, his back literally opens up, with blood spraying from the exposed flesh. Rohan realizes that a Stand is in play, but Cheap Trick has appeared on his back. The Stand, insisting on Rohan carrying him, cannot be attacked by Heaven's Door nor be escaped from, and then orders Rohan to burn all the photographs, one of which has Kosaku Kawajiri on it.