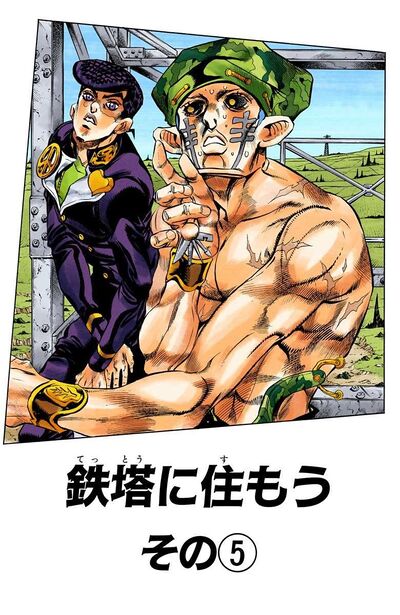 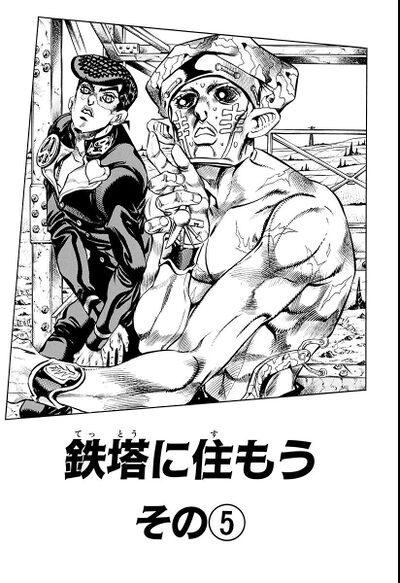 Josuke and Kanedaichi face each other within the infrastructure of the electrical tower, leaving Kanedaichi no choice but to fight to the death with Josuke. Josuke sends Crazy Diamond to punch Kanedaichi, but the latter uses his superior agility to stay out of range. Now above Josuke, Kanedaichi tries to spit on him, disgusting Josuke, but this move is merely a distraction for the scratches Kanedaichi made to the tower.

The damage is reflected toward Josuke, but Crazy Diamond effortlessly parries them. Yet Kanedaichi sent his attacks so that every parried cut would be continuously reflected within the tower and still end up toward Josuke. Unable to predict where the next attacks will come, Josuke is hit several times and is sent flying. Although he manages to hold onto a beam, he is in a precarious position and Kanedaichi uses that opportunity to taunt him. However, Josuke reveals that he repaired the damage he received, and Kanedaichi is struck in the face by the same damage.