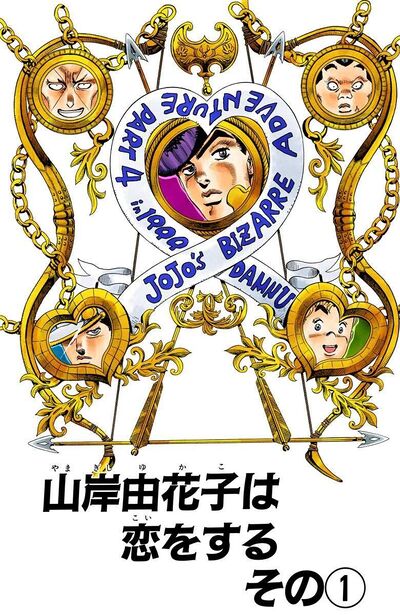 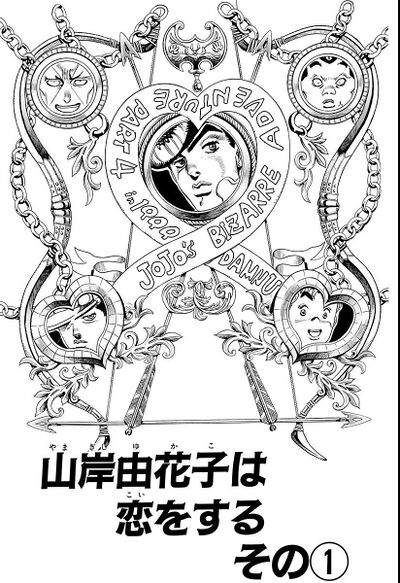 Josuke and Okuyasu are walking around Morioh discussing what Hazamada knows about Keicho's mysterious killer. Josuke tells Okuyasu that Hazamada knows nothing, to Okuyasu's frustration. However, when Josuke and Jotaro came to visit Hazamada in his hospital room, Hazamada told them that Stand users are drawn to each other and that the killer will reveal himself soon enough.

They then see Koichi waiting in a café, sipping cola, and are about to call him when they see a girl with him. Josuke realizes that Koichi is on a date and Okuyasu drags him behind the corner of a wall so they can peep on Koichi and Yukako Yamagishi. As the two highschoolers stealthily approach, Koichi asks her why she's meeting with him and assumes that she needs help with her homework. But to Koichi's surprise, Yukako confesses her love to him, shocking everyone. While Koichi is internally delighted that someone has a crush on him, Okuyasu is inconsolable at the thought that nobody ever asked him out.

Still doubtful, Koichi asks why she's in love with him and she replies that recently Koichi has had the trait of a courageous person; she elaborates and says that a person's potential is what makes their charm and she feels great potential in him. Yukako then asks if Koichi feels the same way toward her. Taken off guard, Koichi is flustered and hesitates to answer, which gets Yukako mad and she violently knocks the table standing up and shouting. Yukako snaps out of her rage and apologizes, but the trio has seen how moody she is.

Embarrassed, Yukako asks if they can meet again but doesn't wait for an answer and leaves. Still shocked, Koichi sips on his cola and is disgusted to see that his glass is now full of hair. Josuke reflects on what Hazamada said about Stand users being drawn to each other and wonders if Yukako is one of them.