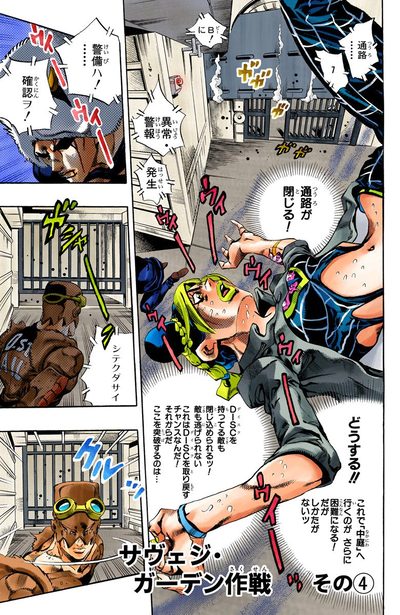 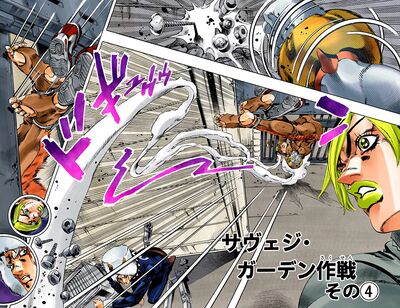 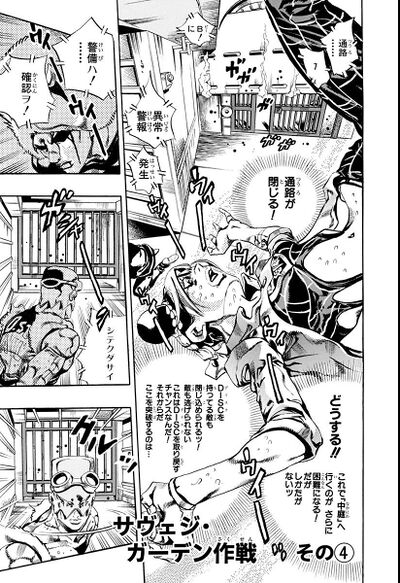 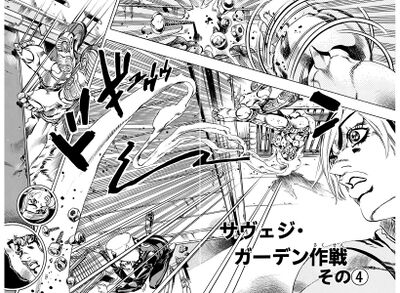 With the alarms triggered, gates drop to seal off the hallway. Lang uses his Stand, Jumpin' Jack Flash, to maneuver through zero gravity and slip past the gates with Jotaro's Stand Disc located safely within his pocket. Jolyne starts to panic while Weather Report runs up and grabs her. He becomes weightless due to this, using his Stand to push them past the gate. The two fly into the laundry, a large, open room filled with machinery situated before the factory.

Weather explains to Jolyne where Lang Rangler could be hiding, and how they can get to the courtyard. Jolyne worries that she has to pee. Weather explains that that is a natural side effect to zero gravity; because her blood is no longer held down by gravity, it can freely float to her head. In order to thin the blood, the kidneys become more active to get rid of excess salt. He tells her that he had already pissed in the corner. Jolyne notices the urine floating upward, as well as blood from her nose. Weather's wounds begin bleeding, and all the blood draws towards the cracks in the wall. From the other room, Lang Rangler's projectiles launch toward Jolyne, which she deflects with Stone Free. Everything Jolyne touches loses its weight, including the air around her. With zero air pressure, Jolyne and Weather are unable to breathe, and begin to suffocate.