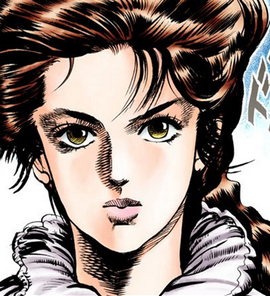 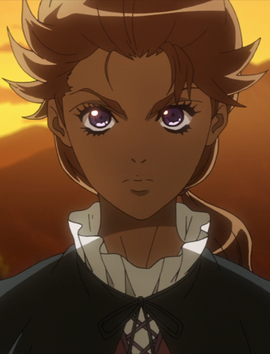 Chapter 33 - Pluck for Tomorrow and the Successor, Part 1 (Flashback)
Chapter 37 - The Three from a Faraway Land, Part 2

Phantom Blood (PS2 Game)
“
You're afraid of pain? Aren't you more afraid of turning into an adult and still not being able to do anything for yourself?
”
—Poco's sister to her brother, Chapter 34: Pluck for Tomorrow and the Successor, Part 2

Poco's sister is a young British girl with long dark hair, which she ties into either ponytails or braids. She has a beautiful face, making Dio take an interest in her.

Otherwise, Poco's sister wears rather plain clothes, a dress, shawl, and coat, as a member of the working class of 19th Century England.