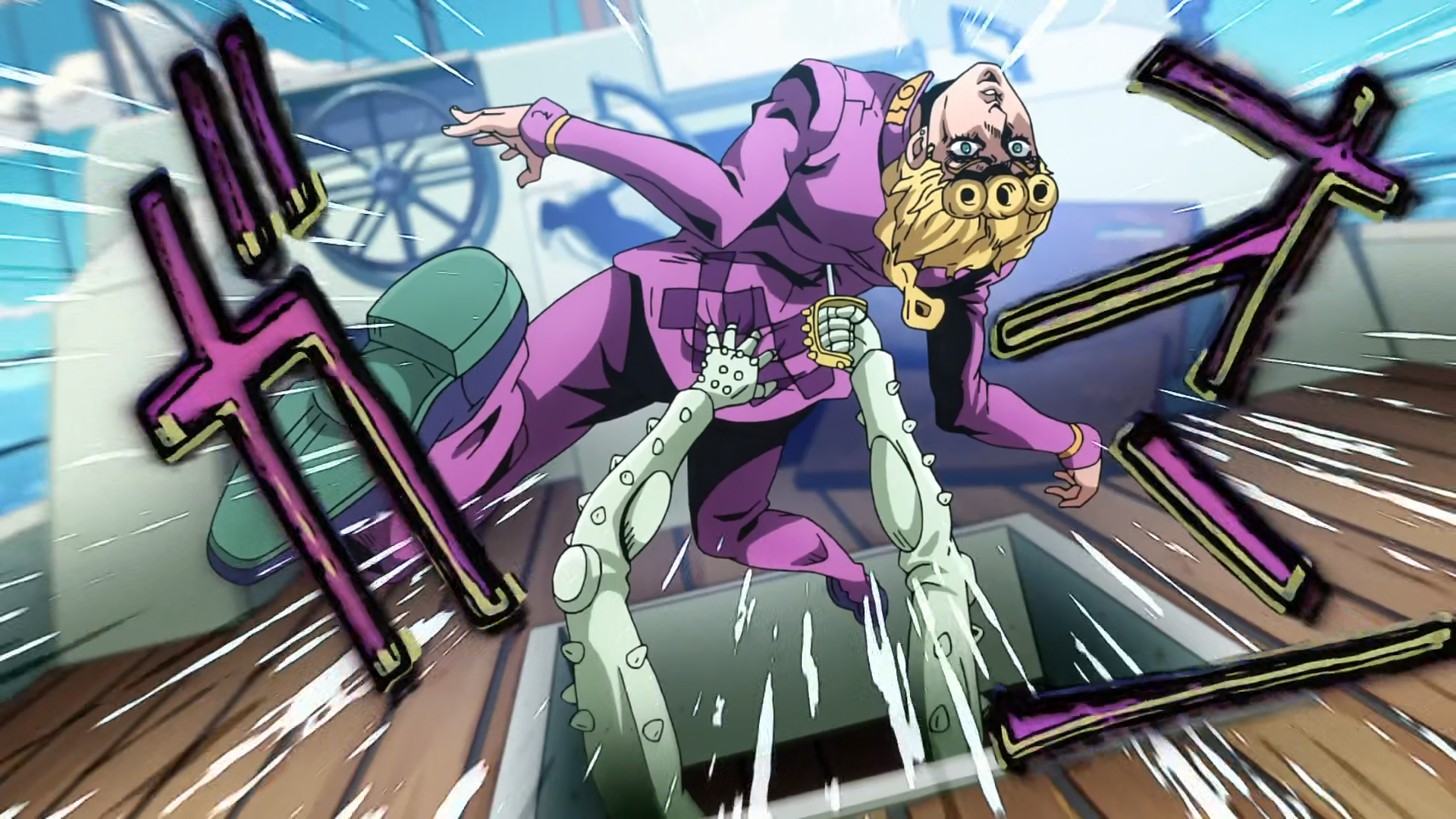 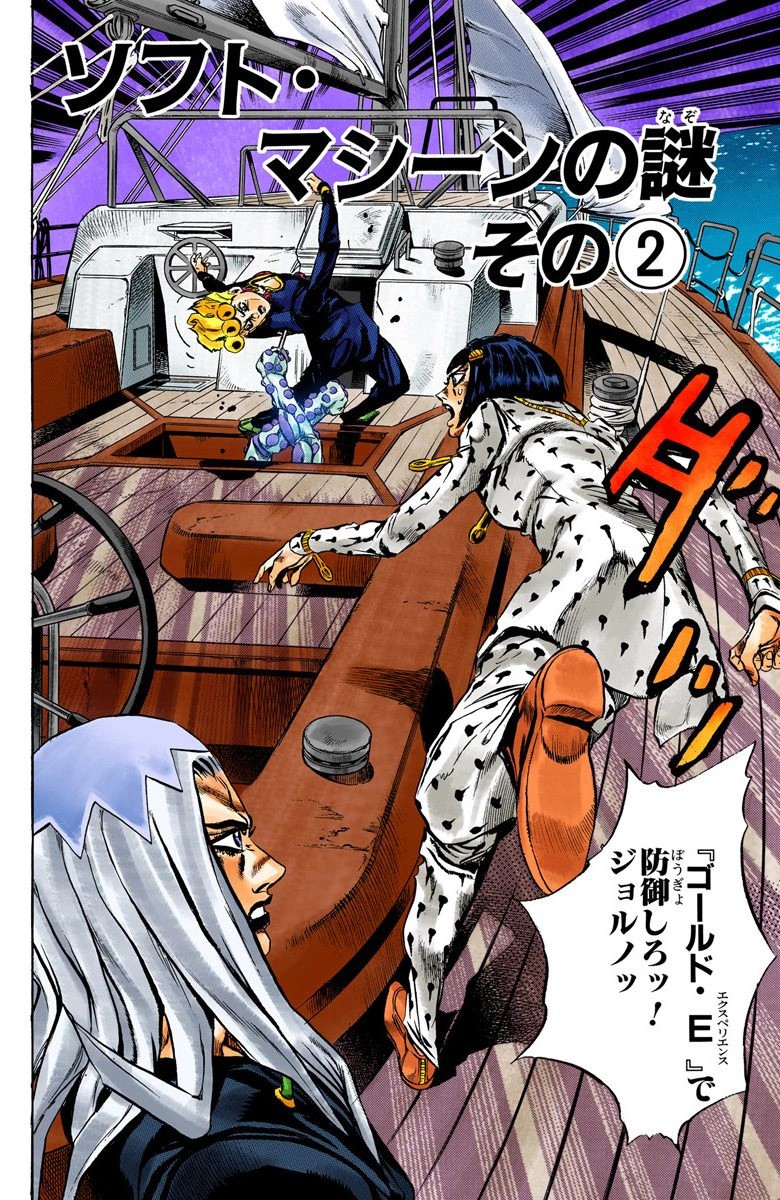 Two men are seen driving in a car, discussing the death of Polpo and the rumor that he has 600,000,000 yen worth of hidden treasure. The two come to the conclusion that the only one who knows of it is Polpo's most trusted subordinate, Bruno Bucciarati.

Team Bucciarati drive a yacht toward Capri Island to recover Polpo's treasure. However, Narancia suddenly falls through the floor, leaving only his shoe.[1] Mista and Fugo similarly disappear while searching for Narancia. The remaining three members realize that an enemy has snuck onto the yacht hoping to force Bucciarati to tell him the treasure's location. Abbacchio refuses to show Giorno his Stand out of distrust; Giorno thus lets himself be stabbed by the enemy, causing him to deflate like a balloon.[2] Abbacchio then activates his Stand Moody Blues, allowing him and Bucciarati to watch a replay of Narancia's actions and discover that Narancia was deflated as well.[3]