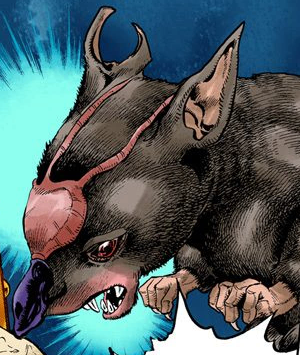 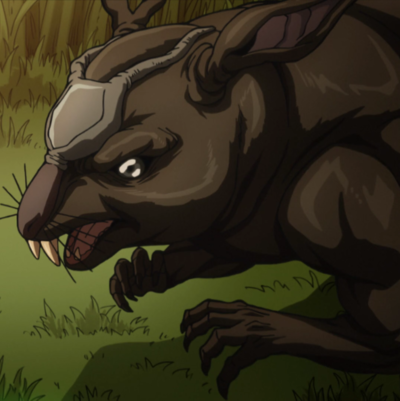 Bug-Eaten is a rat nicknamed by Jotaro. It and its companion were struck with an Arrow by Akira Otoishi, turning them both into Stand users with identical sniping Stands, both named Ratt. Jotaro Kujo and Josuke Higashikata hunt it down before it can procreate and make a swarm of rat Stand users.

Bug-Eaten is a Brown rat approximately 20 cm (7.9 in)[1] in length. Its features include an abnormally long nose and a damaged right ear, which Jotaro speculates was from a fight.[2] This ear is the source of its nickname and is one of the main characteristics distinguishing it from Not Bug-Eaten.

Both rats also sport a strange, ogival-shaped, protuberance on their foreheads. However, the horns on Bug Eaten's are notably longer than its counterpart's, extending the full length of its head. In the TV anime, this distinction is omitted with the protuberance looking virtually identical for both rats.

Ratt is a rifle like Stand enabling Bug-Eaten to shoot corrosive darts which can melt anything they touch. Even if it's a Stand that touches it, its user's corresponding part will melt. 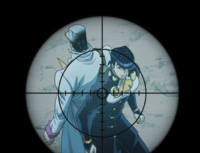 Bug-Eaten and Not Bug-Eaten were written into the story because Hirohiko Araki wanted to draw the suspense of hunting rats.[3] 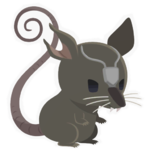