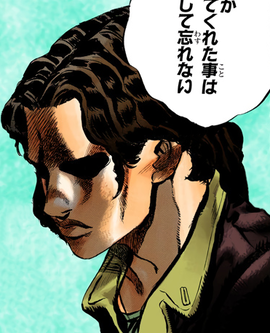 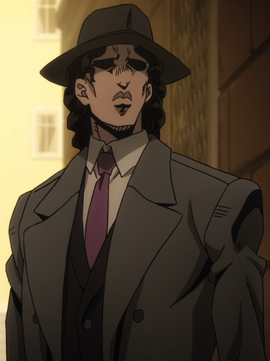 Man X (男X, Otoko X) is a minor character featured in the fifth part of JoJo's Bizarre Adventure, Vento Aureo. He is a gangster that Giorno Giovanna thinks of as a hero. After his life is saved by a young Giorno, the man treats Giorno with respect and ensures nobody would mistreat him.