From JoJo's Bizarre Encyclopedia - JoJo Wiki
Jump to navigation Jump to search
This page is a translated version of the page Loggins and the translation is 0% complete. 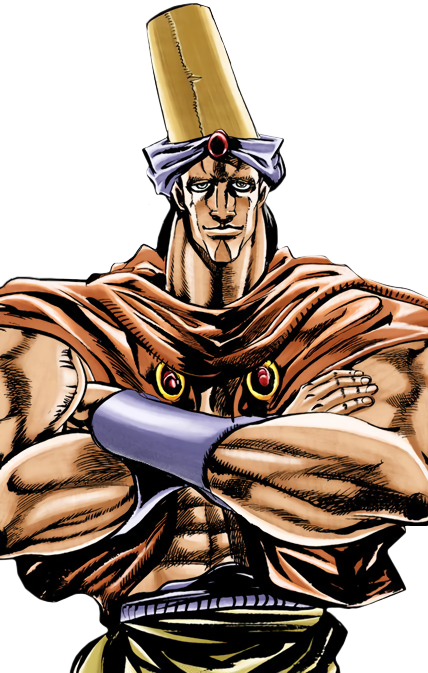 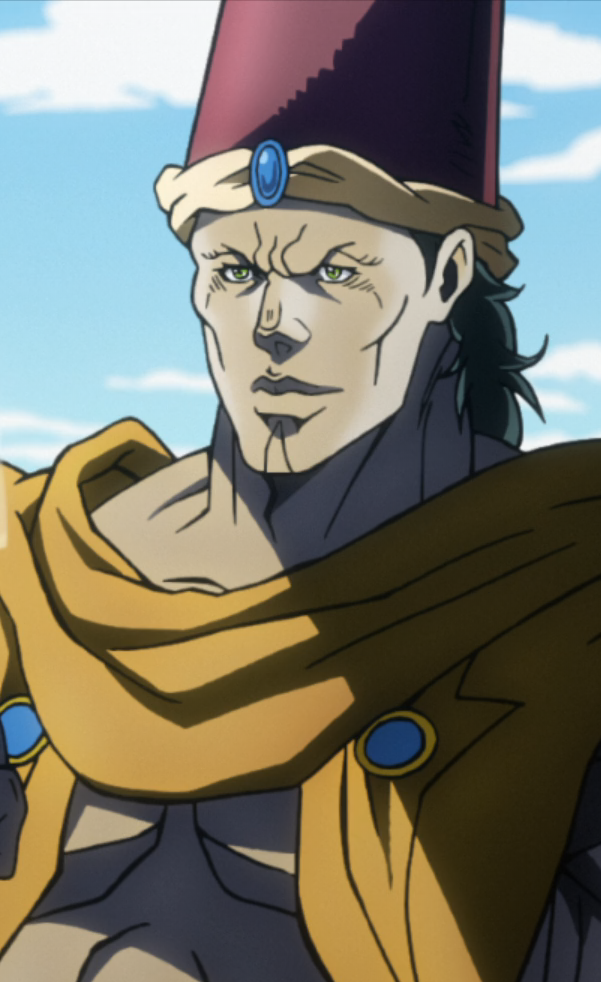 Loggins (ロギンズ, Roginzu) is a minor ally featured in the second part of the JoJo's Bizarre Adventure series, Battle Tendency. As one of Lisa Lisa's servants and a fellow Ripple master, he personally trains Joseph after his first encounter with the Pillar Men.

Loggins is a tall, muscular man with chiseled features and somewhat glazed eyes. He wears a tunic, an over-sized fez, and armbands.

Loggins displays a very demanding demeanor when instructing Joseph and Caesar, often forcing them to do tough trials during their Ripple training. Despite this, he seems to have, along with Messina, a sense of humor as the two would often tease their disciples.

Loggins is a master of the Ripple, becoming one of Joseph and Caesar's instructors and managing to tremendously improve their abilities in a matter of days.

His own mastery of the Ripple is demonstrated when he manages to keep the water inside an upside down glass with one finger and then keep the mass of water in a glass shape despite taking off said glass.

Loggins and his partner Messina are Ripple Masters as well as Lisa Lisa's servants. They trained Joseph Joestar and Caesar Anthonio Zeppeli in the ways of the Ripple for about twenty days, where they had to learn things such as how to inhale for ten minutes straight or how to inhale ten times in one second. According to Joseph, Loggins was a harsh teacher, as Joseph had a great desire to get revenge on him because of the harsh training he put him through.[2]

Joseph and Caesar's final test had them fight against their teachers in a Ripple match. Joseph would fight Loggins. However, Esidisi encountered Loggins before the test and killed him with a single kick that ripped his lungs out, making him unable to use the Ripple. Joseph, after losing his chance to fight Loggins, fights against Esidisi instead to avenge his master. Loggins' body was used by Joseph in a strategy to defeat Esidisi, and was later melted when Esidisi injected Loggins's dead body with his boiling blood.