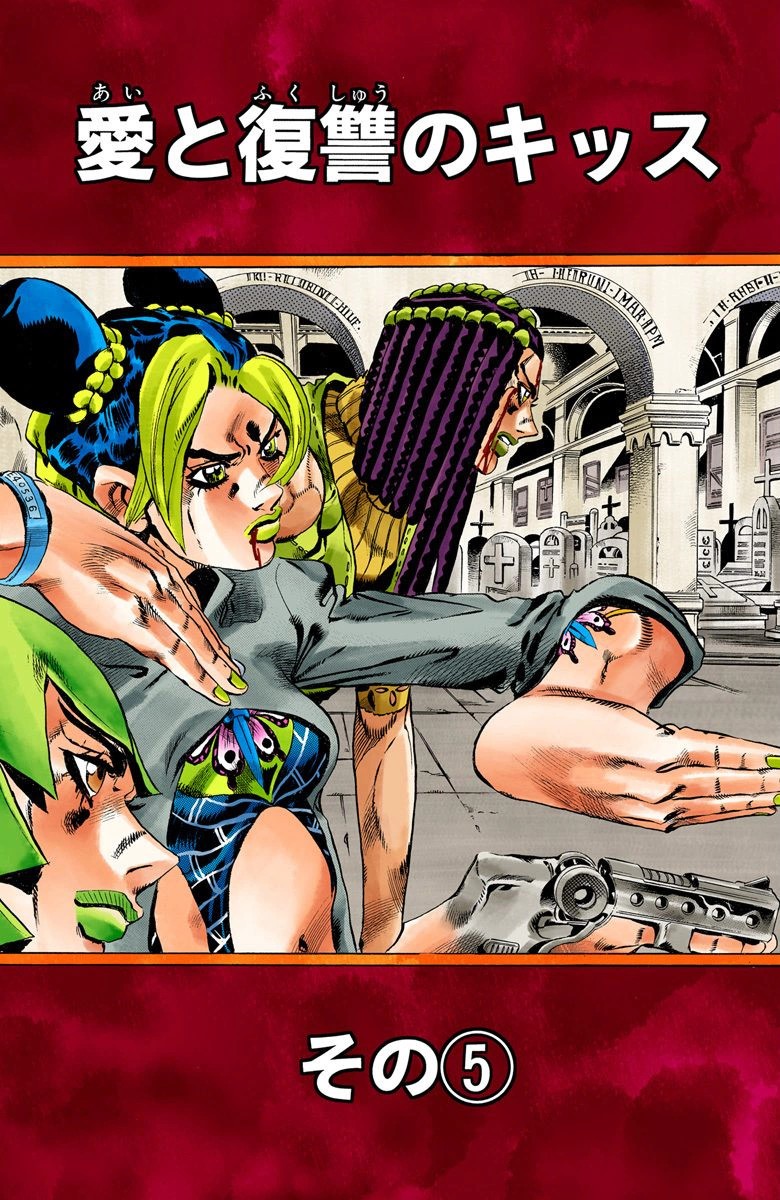 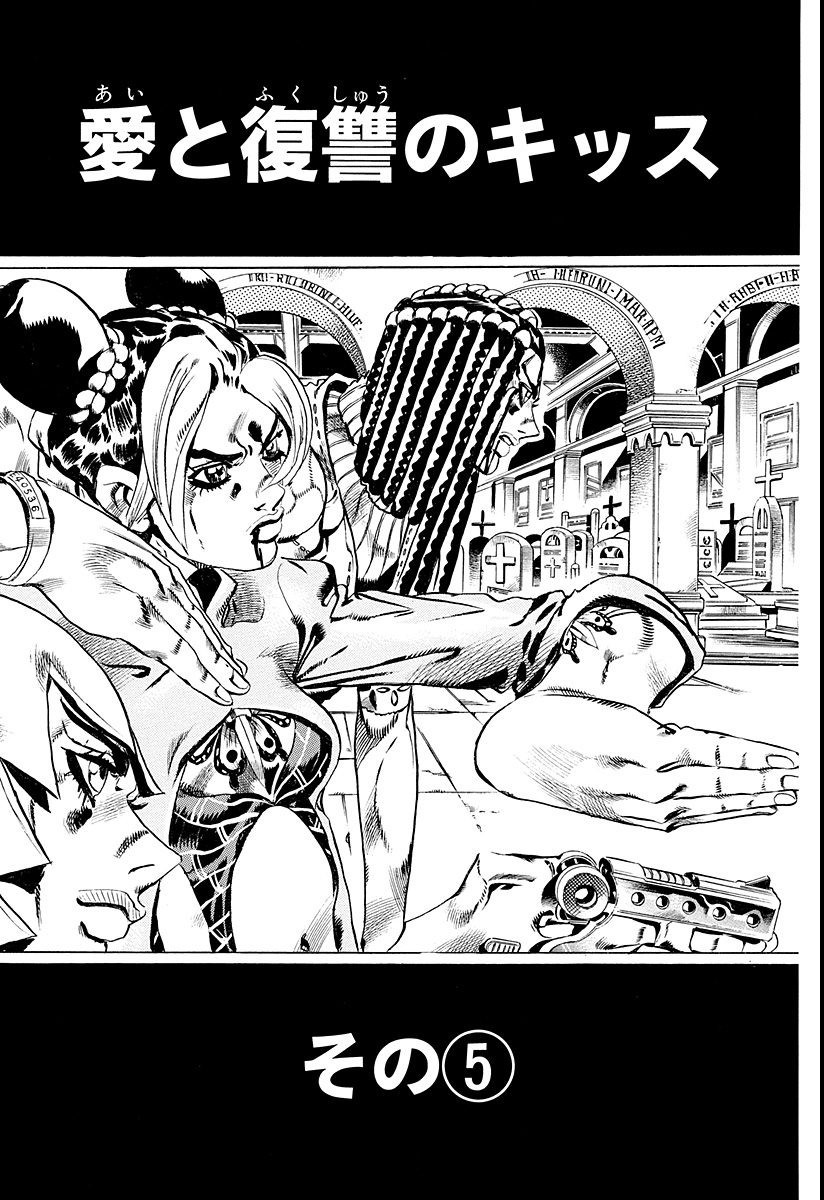 Kiss of Love and Revenge, Part 5 (愛と復讐のキッス その⑤, Ai to Fukushū no Kissu Sono 5), originally Not Human? (人間じゃあない？, Ningen jā Nai?) in the WSJ release, is the fifty-fifth chapter of Stone Ocean and the six hundred forty-ninth chapter of the JoJo's Bizarre Adventure manga.