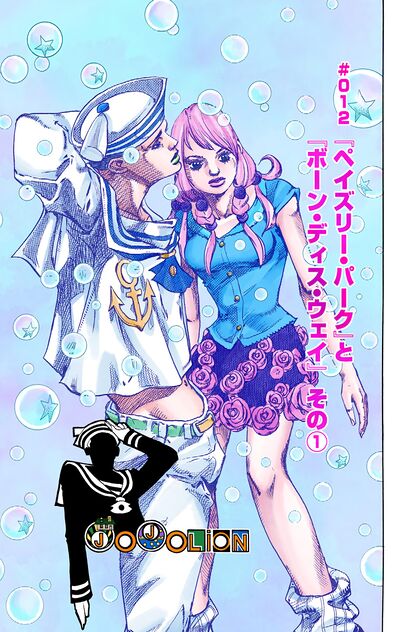 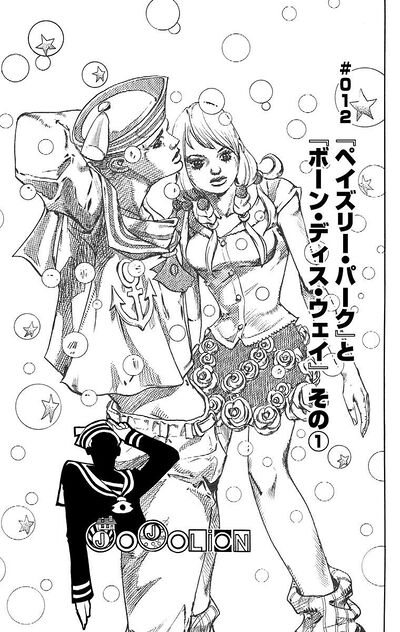 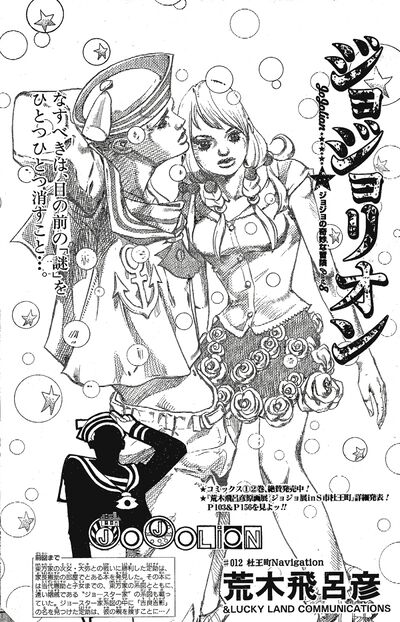 At the Higashikata's, Josuke takes his laundry, which has been mixed with that of Joshu. He inspects some of Joshu's money which had been left in a shirt pocket, which Joshu notices and starts an argument over, accusing Josuke of being a thief. Joshu slaps him and is about to stab him, but Norisuke steps in, once again telling Joshu to get along with their guest. After Joshu leaves, he talks to Josuke about sending him to school to get an idea of his education level, before heading off to work. Joshu and Hato also leave for their own respective schedule.

Josuke takes the opportunity of the emptier house to secretly get out and call Yasuho, sneaking past the estate's security camera by covering it with a nearby cat's fur using his Soft & Wet. Yasuho and he plan to meet at the Mutsukabe shrine where they'd then pay a visit to Holy Joestar-Kira to investigate the Higashikata family tree. Yasuho predicts that Holy is at the TG University Hospital. However, upon calling the hospital, she discovers that Holy is in fact currently a patient there, rather than a doctor.

Meanwhile, Josuke is trying to get to Yasuho through his voice GPS. However, the GPS suddenly acts strange by instructing him to make a U-turn without apparent reason. It continues to give strange instructions which Josuke chooses to disobey. Instead, he opens a notebook and draws a map himself, but is soon interrupted when a strange man in a motorcycle appears around the corner, passing a confused Josuke, creating a gust of wind. This seemingly causes a nearby sign to fall in front of Josuke, nearly slitting his throat open. He dodges but is met by the motorcycle man again. Josuke asks who the mysterious man is, but he quickly drives away again, sending leaves into Josuke so that he trips and lands his head on a sharp metal shard sticking out of a nearby railing. Josuke frees his head, not majorly injured, with the realization that he's under attack, but the motorcycle suddenly appears again.