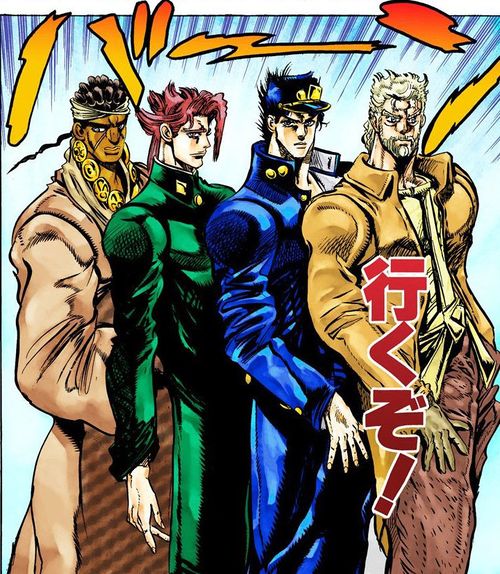 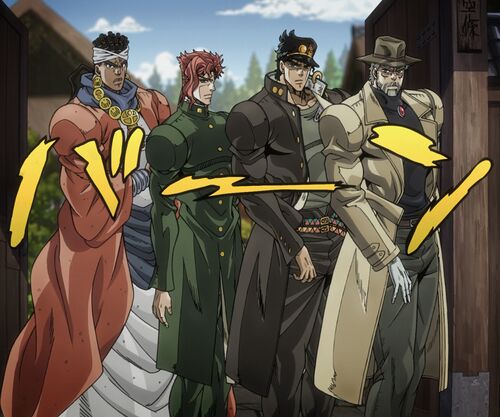 11 years later, in the year 1999, the illegitimate son of Joseph Joestar, Josuke Higashikata with his Crazy Diamond takes it upon himself to protect Morioh from enemy Stand users after his grandfather is killed. He is aided by Jotaro, his classmates, and a strange mangaka. They target Stand users who use their Stands to harm others such as Angelo, Akira Otoishi, and Yoshikage Kira.

Joestar Group in Diamond is Unbreakable

2 years later, in 2001, Giorno Giovanna, the son of DIO, joins Bruno Bucciarati's team of Passione gang members in order to rise within the ranks and overthrow their mysterious boss, who is flooding the streets of Italy with drugs. By doing so, Giorno hopes to set the mafia's moral standards straight again. The group is also aided by Polnareff and Koichi who are members of previous Joestar Groups.

Ten years later, in 2011, Jotaro's estranged daughter, Jolyne Cujoh, is incarcerated for a crime she didn't commit and is in a deadlock against the remnants of DIO, led by his most devout supporter, Enrico Pucci. Her goal is to save her father, escape prison, and survive. She is helped by her father, Emporio Alnino, Ermes Costello, Foo Fighters , Weather Report, and Anasui.

In an alternate universe, in the year 1890, Johnny Joestar along with Gyro Zeppeli rides coast to coast to compete in the Steel Ball Run. They discover the Saint Corpse Parts while racing, which gives them Stand powers and greatly improves their physical abilities. The duo is hunted by many people during the race, including other racers, mercenaries, & even the president.

120 years later in 2011, Josuke Higashikata is joined by his love interest Yasuho Hirose, friends from his past and adoptive family, as they work together to discover Josuke's original identity. Their investigations lead them to uncover the Higashikata Family's deepest secret and run afoul of the mysterious Rock Humans.

In JoJo's Bizarre Adventure: Eyes of Heaven, Jotaro Kujo and Joseph Joestar join forces with the remaining main JoJos of all 8 parts of the series, as they work together to collect all the Saint's Corpse parts and defeat Heaven Ascension DIO.

The main JoJos are assisted by a large group of allies, lead by Robert E. O. Speedwagon. Some of the allies had originally died and been possessed by DIO, but were freed from DIO's control and revived via the Saint's Corpse.

Joestar Group in Eyes Of Heaven 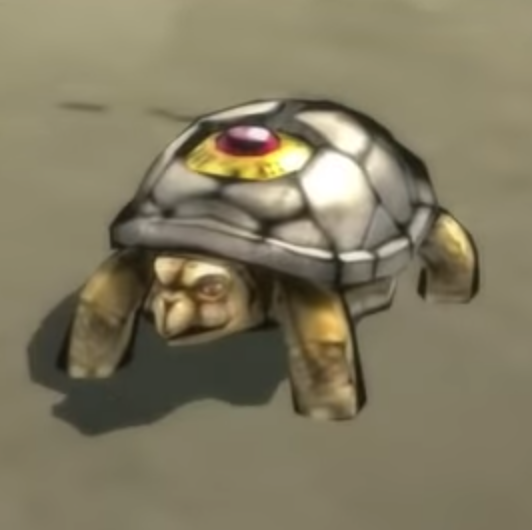