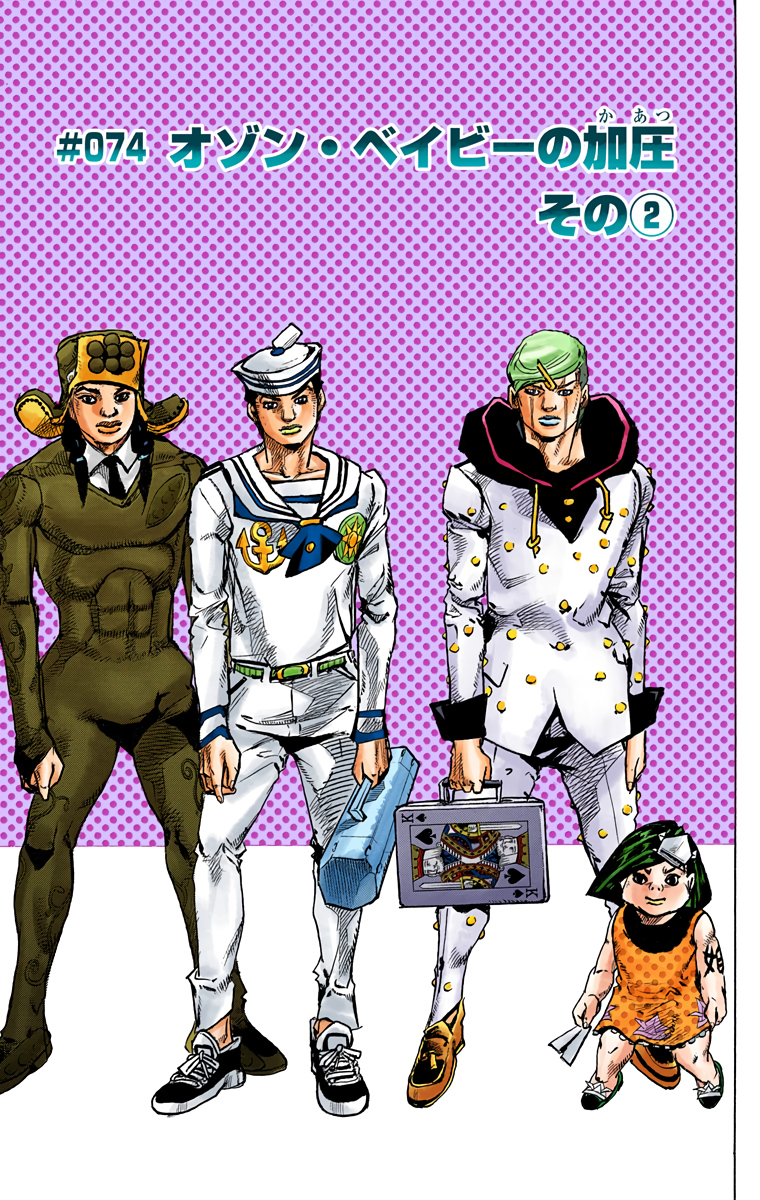 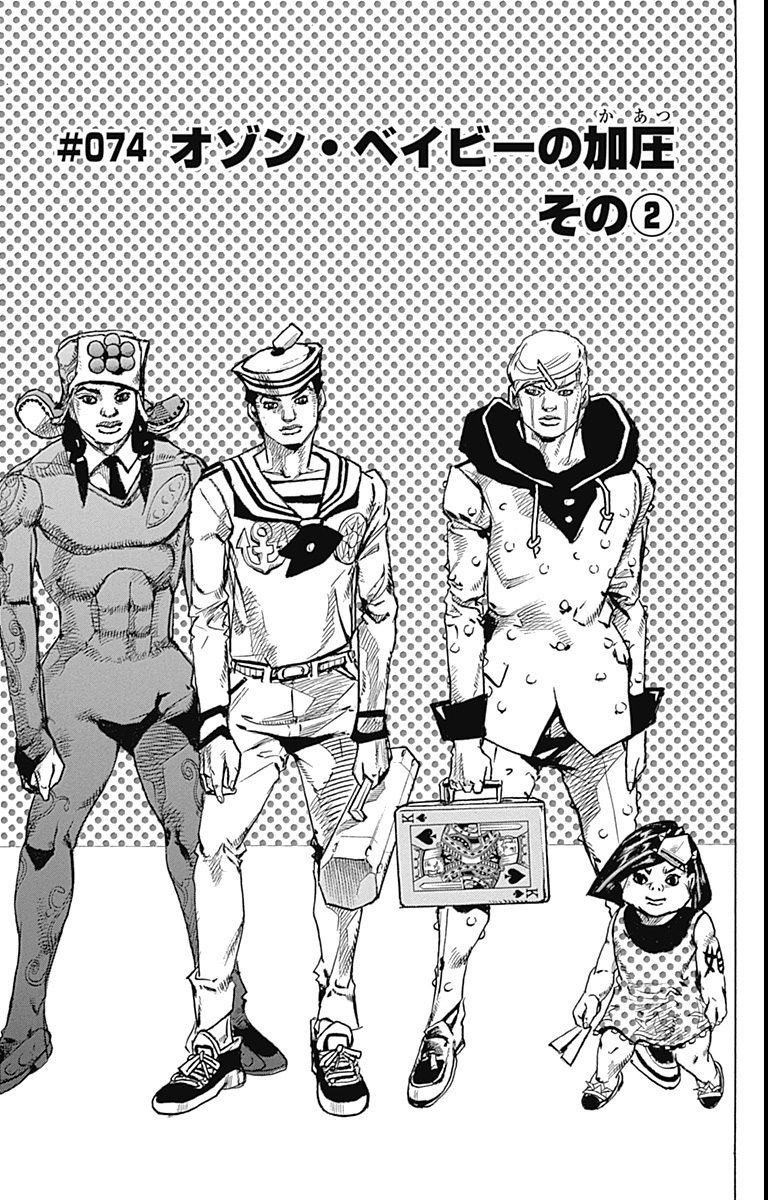 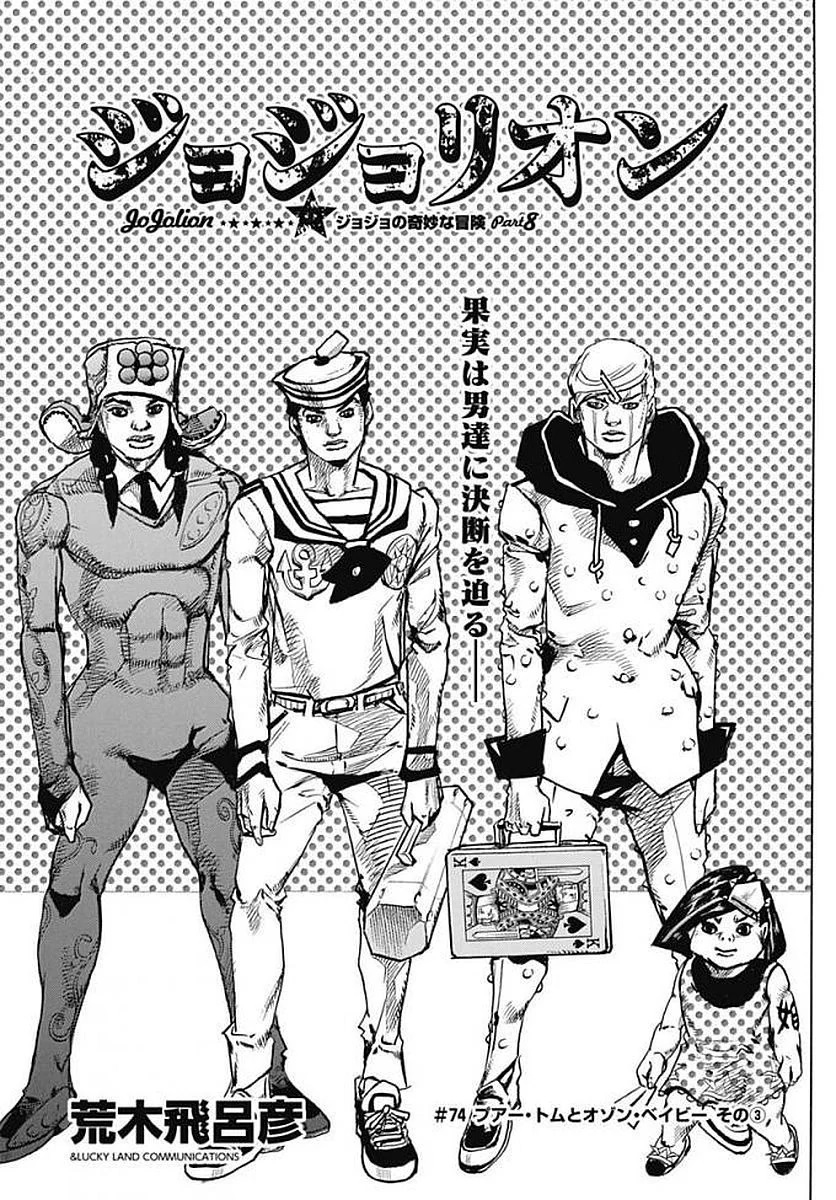 As Jobin and Tsurugi are trapped in their storage room, Daiya and Hato lay unconscious just outside, as they have suffered the brunt of Ozon Baby's power after opening the storage room's door to investigate the ruckus. Assuming that the same is happening to his father and Joshu, Jobin convinces Tsurugi to cooperate with him in order to kill Poor Tom. Explaining the dangers of exposing oneself to very high pressure to his son, Jobin devises a plan that will permit them to act without leaving their shelter.

Meanwhile, Poor Tom is in bed with the women he met in a parking lot earlier. The woman's phone suddenly rings, and she passes it to Poor Tom, who answers the call. It is Jobin who shows him the Higashikata orchard on fire and exposing Poor Tom's plan to still retrieve the Locacaca. Panicking, Poor Toom immediately heads for the Higashikata's estate. Witnessing the fire, Tsurugi exclaims that the fruit will burn but Jobin is certain that the impending doom of the branch will spur everyone into action. Thus, he instructs his son to create an origami fire truck which he soaks in oil and sets on fire, fueling the blaze. He then waits for Josuke and the plant appraiser's response.

Meanwhile, Josuke and Mamezuku suffer from Ozon Baby's power inside their tunnel. While Mamezuku tells Josuke to close the hatch, Josuke argues that the enemy is outside and must know their positions. However, Mamezuku stipulates that their tunnel is a well-guarded secret and that the attack should be an automatic one. When Josuke peeks through the porthole, he sees the fire burning the orchard, to the duo's astonishment. Josuke guesses that something is amiss between the enemy Stand and the fire.

In their shed, Jobin reassures Tsurugi about Iwasuke's safety, and asks him to create origami that can fly. At the same time, Josuke decides to go outside with Mamezuku, using Soft & Wet's bubbles as a protective shield to stave off the decompression. Disregarding Mamezuku's suggestions to flee to safety, Josuke reaffirms his goals. Partly impressed, Mamezuku decides to step outside first inside a bubble. Strolling outside, the plant appraiser explains that the branch must be handled with care and he alone can do it. Jobin and Tsurugi spot Mamezuku through a phone transformed into an origami crane as he approaches the branch and lifts his arm, preparing to take it.

However, Mamezuku suddenly stops and looks aside. It is Poor Tom who has snuck into the garden and is holding his lego house. Having confirmed his suspicion about the hybrid Locacaca's presence, he tells the appraiser that he has a choice to make. Making a split second decision, Mamezuku uses both arms to respectively seize the branch and tie Poor Tom with a wire rope. The hidden branch has been revealed to every faction present.

Author's Note
“
It's annoying having to pay extra when I go over the data usage limit on my smartphone, but I'll just have to push through it.
”
—Hirohiko Araki
“
スマホの通信制限で遅くなって追加料金要請されるのムカつく。耐えてやる。
”
—Hirohiko Araki