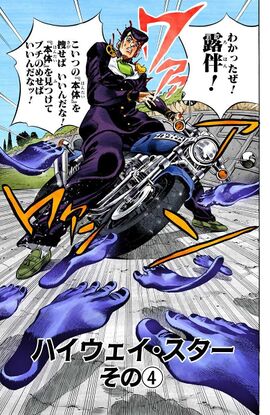 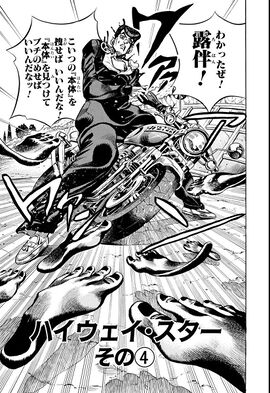 Josuke is now pursued by Highway Star and must find the user quickly. He starts off the motorcycle and flees from the enemy Stand, keeping his speed above 60 kmph to outdistance Highway Star. Since it is a long distance Stand, Josuke figures that Rohan should still be alive. He then begins to think about the potential location of the enemy Stand, deducing that it might be in relation with the twin forests tunnel.