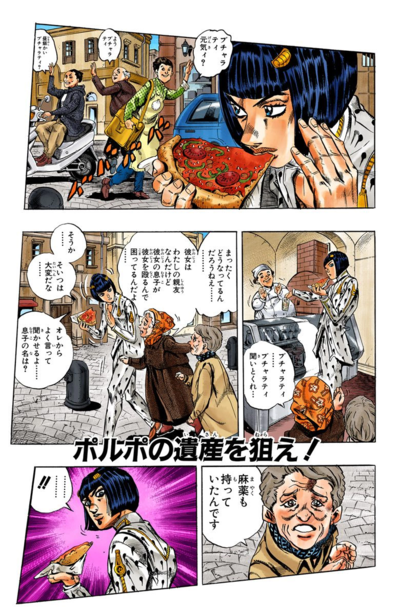 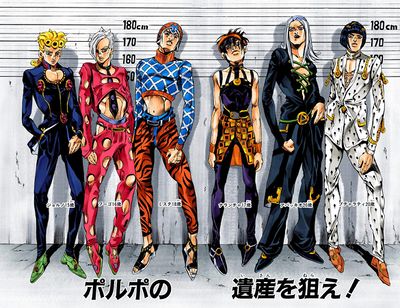 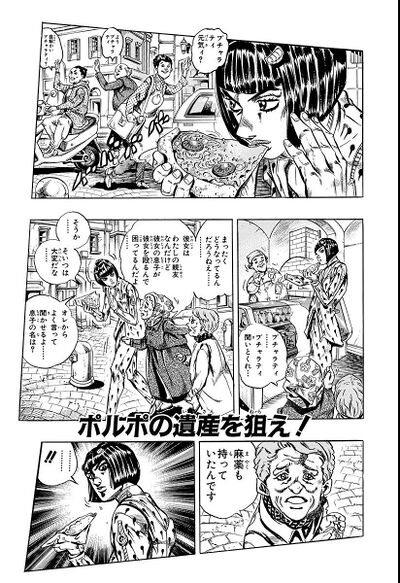 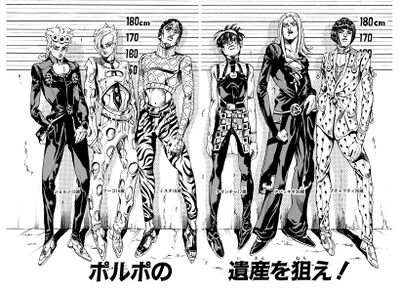 Bruno Bucciarati is considered a guardian to many. Even though he is a gangster, his noble personality and hatred towards drugs shines through his rough exterior.

Two men are driving in a car, discussing the death of Polpo, and the rumor that he has 600,000,000 yen worth of hidden treasures. To find it they decide they'll have to find the only man who could know where it is, Bruno Bucciarati, Polpo's most trusted member.

Team Bucciarati are on a yacht. Mista, annoyed by Narancia's music, pours soda on his radio, destroying it. Bucciarati then informs the gang that they're headed to Capri Island to find Polpo's treasure. At that moment, Narancia falls through the floor, leaving only his shoe.