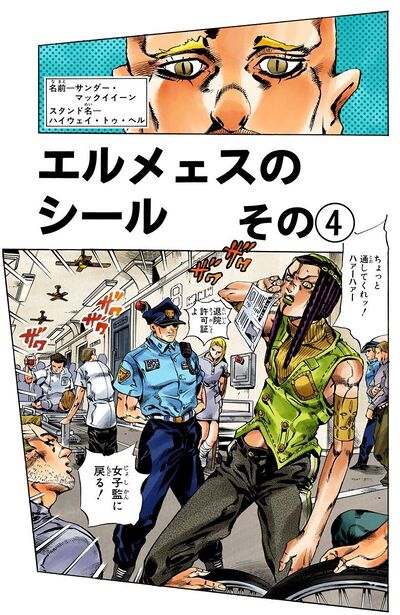 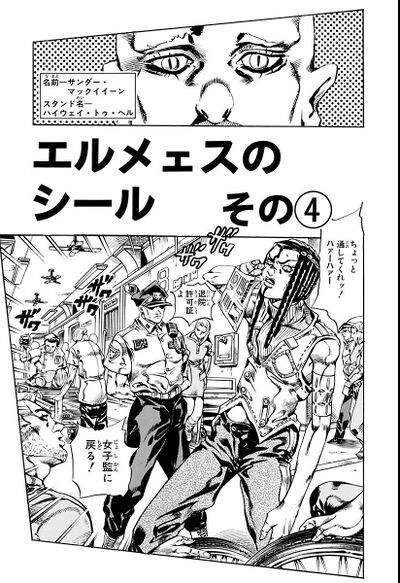 Ermes's Sticker, Part 4 (エルメェスのシール その④, Erumesu no Shīru Sono 4), originally Ghost of the Mansion (屋敷幽霊, Yashiki Yūrei) in the WSJ release, is the twenty-fourth chapter of Stone Ocean and the six hundred eighteenth chapter of the JoJo's Bizarre Adventure manga.