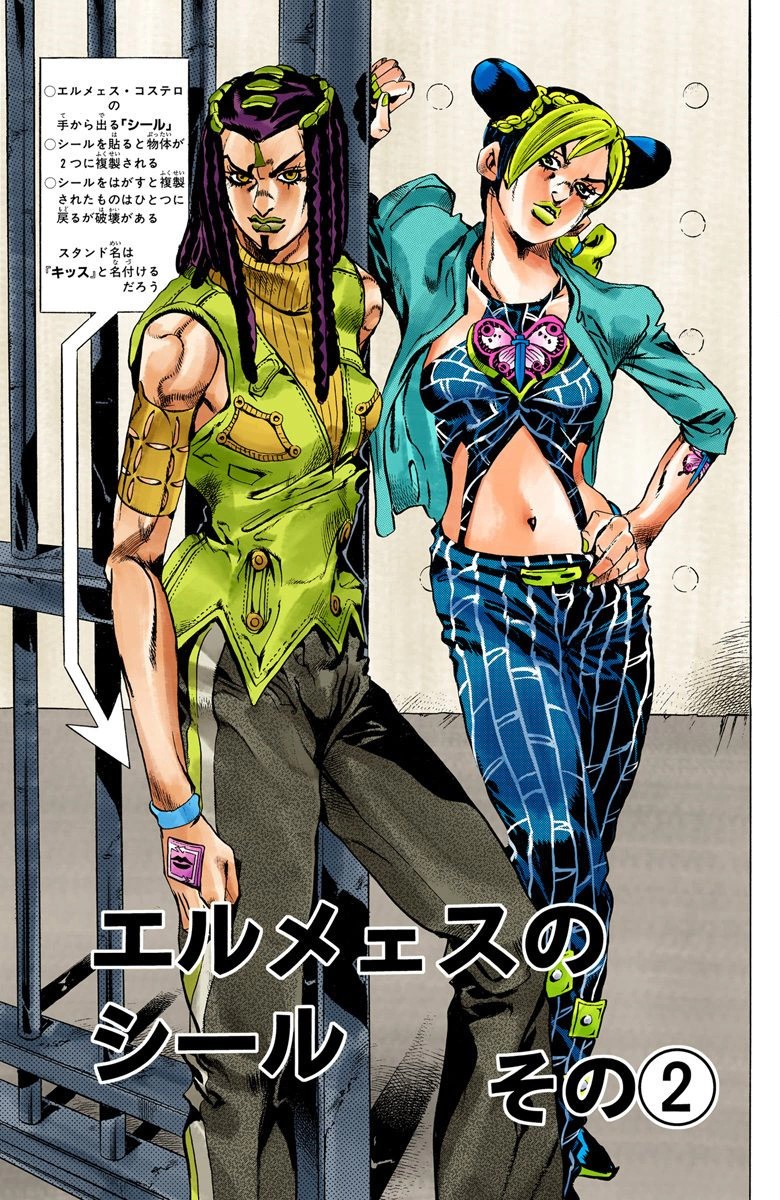 Ermes later catches the prisoner who stole her money, unknowingly knocking out Memory Discs from him. After managing to grab one of them, she finds out that the Disc can be inserted into herself. The prisoner whom she had stolen the Disc from, Thunder McQueen, keeps a $5000 stash hidden, and that he is working for a mysterious figure. McQueen sees her in the act, but starts to cry for losing his memory of the stash's location. He starts to hang himself on the pipes, to Ermes' surprise, but then she discovers that he had linked her to his Stand Highway to Hell, reflecting the damage from his strangulation to her so that both are killed. With her abilities, she narrowly escapes his hold, though McQueen notices her holding a disc and speculates that it belongs to him.

It is at the medical room where Ermes finds McQueen ready to douse himself in saline water. She attempts to talk him out of it before he narrates the reason how he landed in prison for an apparent freak accident. While Ermes' words touch him, he still presses the button that electrocutes them both. Fortunately, Ermes had managed to plant a sticker on McQueen's face, merging them and knocking him out for good. She takes his Memory Disc to retrieve the money and fight Whitesnake alongside Jolyne.[1]