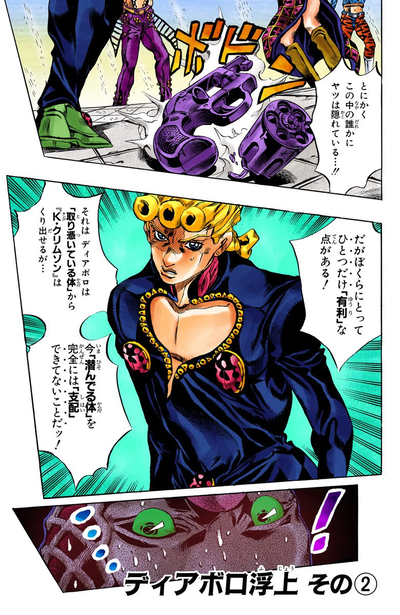 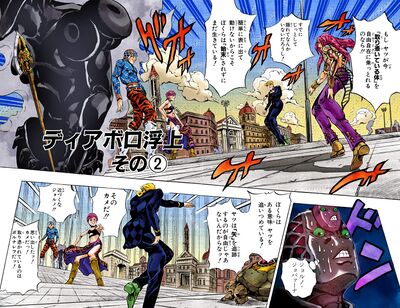 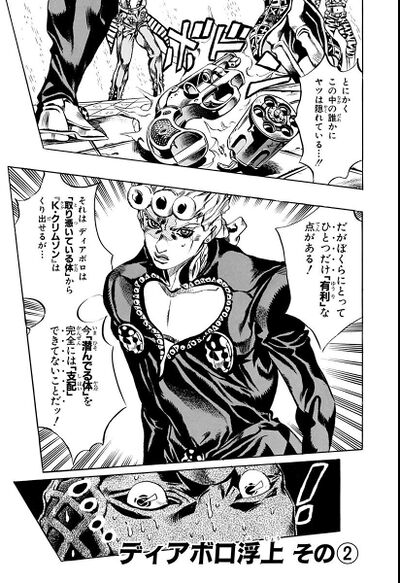 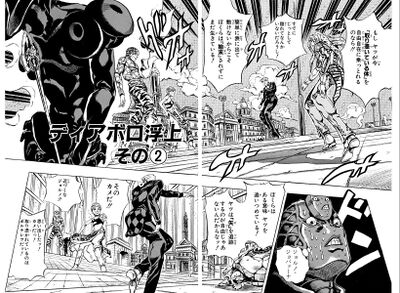 Mista, panicking, accuses Polnareff of being possessed, which Giorno refutes as Diavolo wouldn't have sabotaged an attempt to protect his host. Giorno also reveals that by touching someone, he can detect the number of lives in the body using Gold Experience. Mista, on the verge of breakdown, shifts the accusation to Giorno, going so far as to hold him at gunpoint when he approaches Mista to check him.

Bucciarati defuses the situation by volunteering himself. Giorno takes a precaution by using Polnareff's blood trick to see if time is erased. When he approaches Bucciarati, time is indeed erased, and King Crimson appears behind Giorno, who can't summon Gold Experience quickly enough. King Crimson promptly severs one of Giorno's arms. When Trish summons Spice Girl in an attempt to help, King Crimson forcibly strong-arms her Stand into submission, revealing that Diavolo has been hiding in Mista's body, just like her.