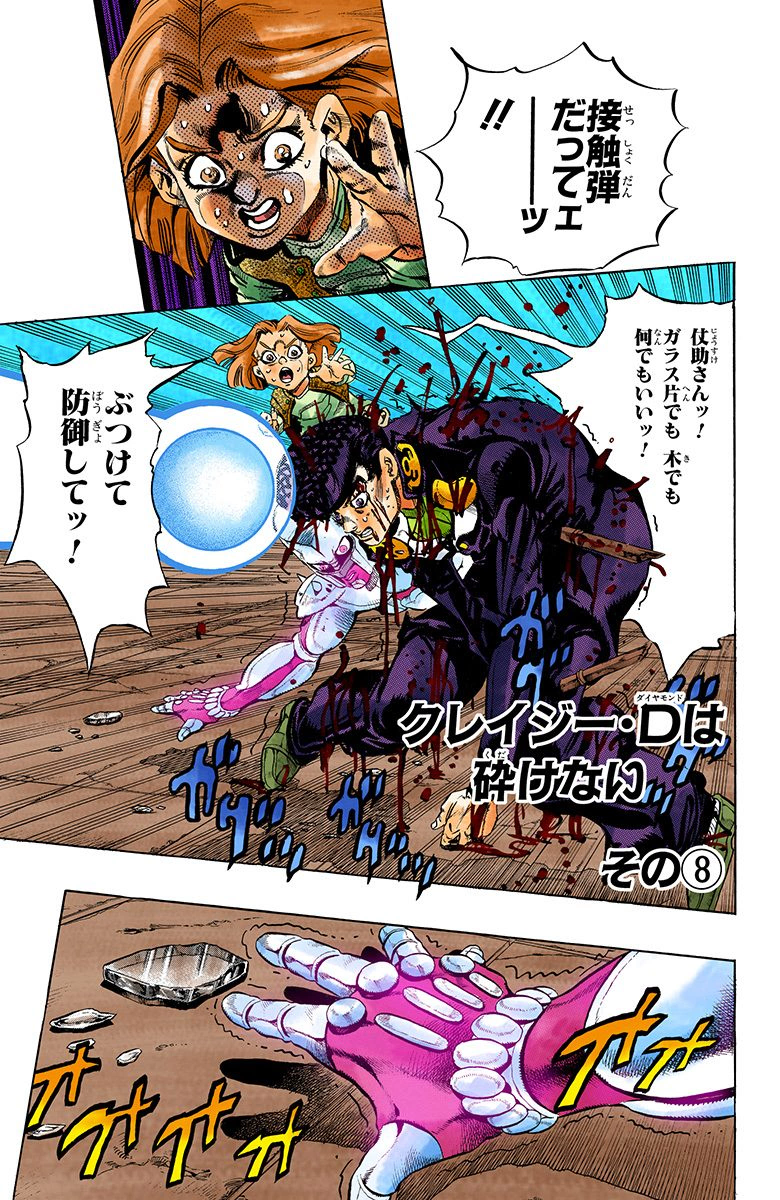 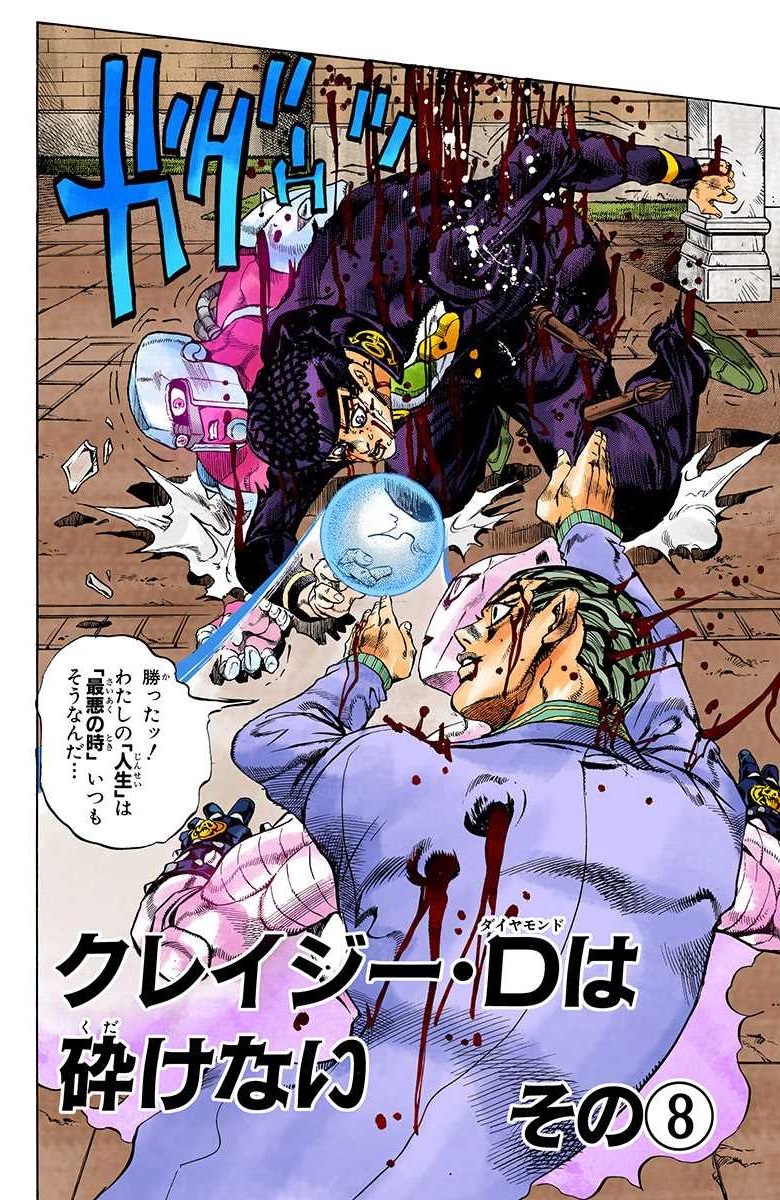 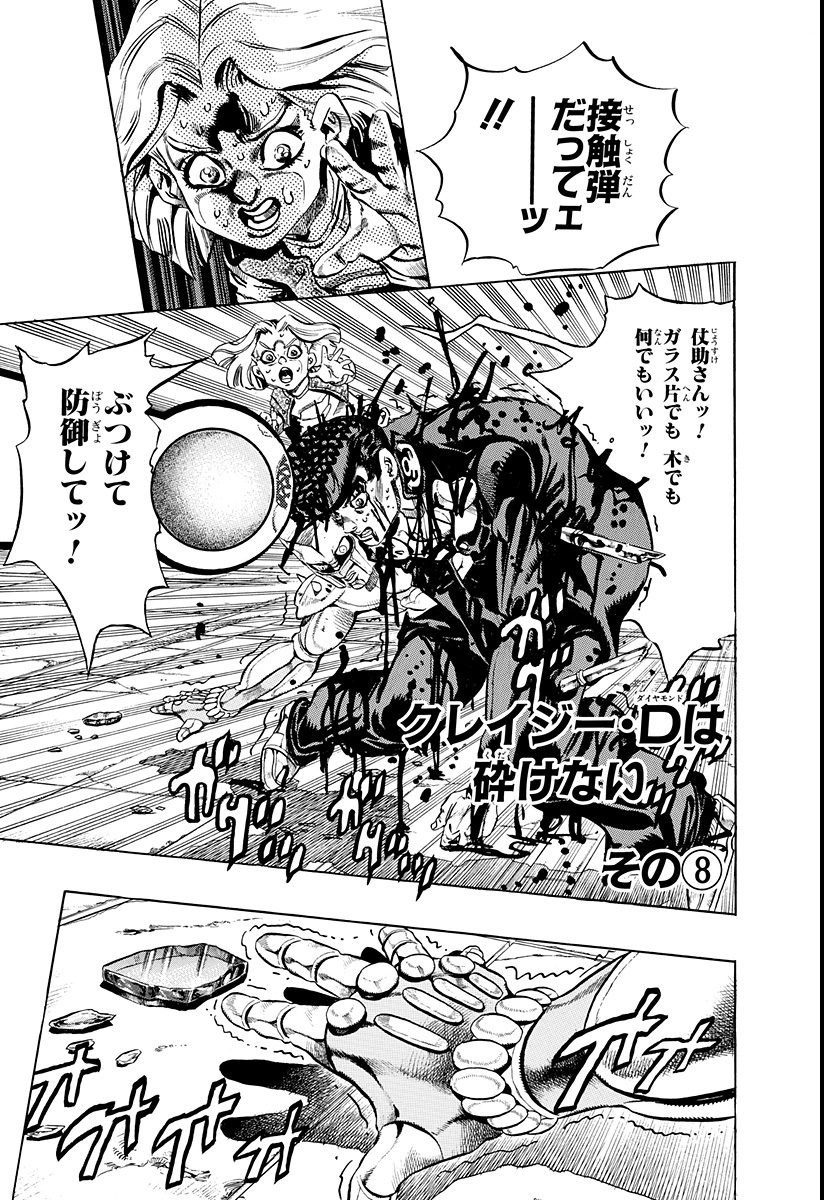 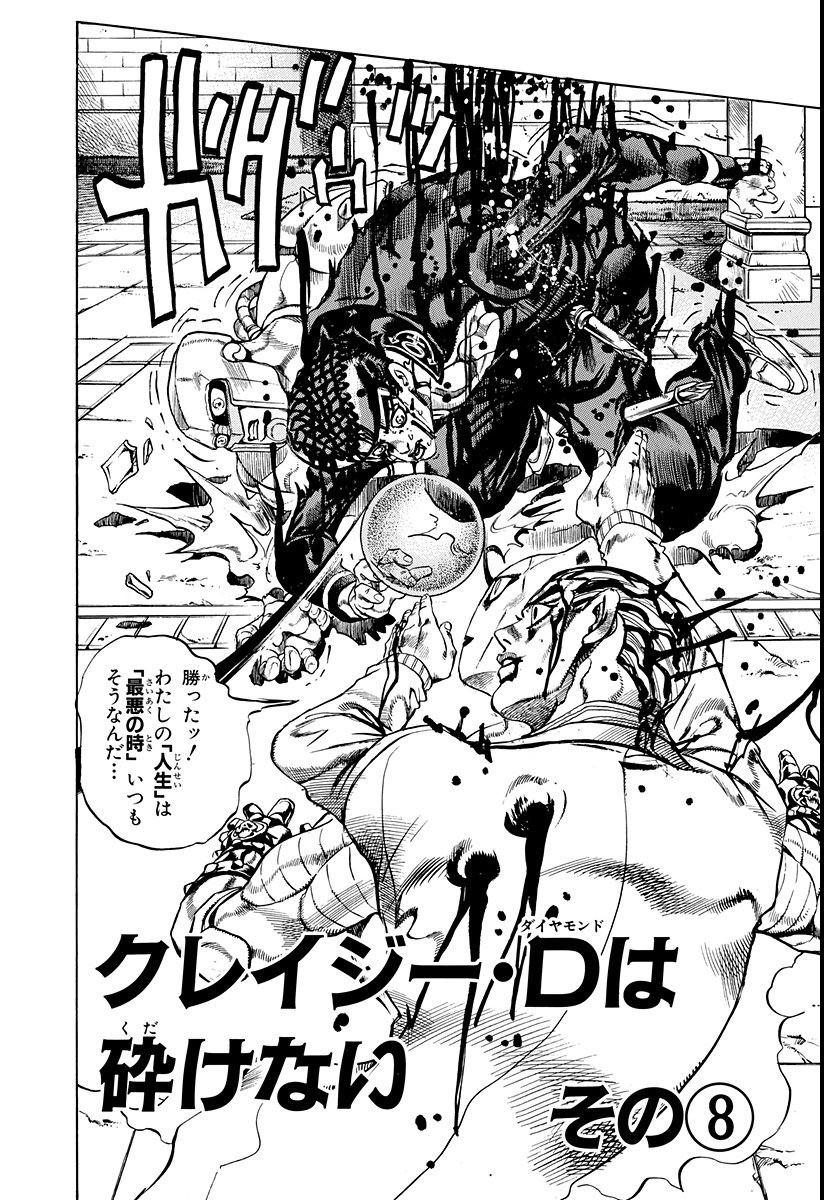 Crazy Diamond Is Unbreakable, Part 8 (クレイジー・は砕けない その⑧, Kureijī Daiyamondo wa Kudakenai Sono 8), originally A Heart of Justice! (正義の心！, Seigi no Kokoro!) in the WSJ release, is the one hundred seventieth chapter of Diamond is Unbreakable and the four hundred thirty-fifth chapter of the JoJo's Bizarre Adventure manga.

Rejoicing that this moment is his salvation, Kira prepares to detonate the air bomb and kill Josuke. Hayato urges Josuke to use anything nearby to pop the bubble. Before he can, however, the air bubble teleports past Josuke and misses him. Bewildered, everyone looks over to see Okuyasu, who had survived and used The Hand to save Josuke. Okuyasu happily erases the air bomb entirely while Hayato and Josuke are shocked to see he's alive. Okuyasu tells Josuke that while unconscious, he saw the spirit of his brother, Keicho. Okuyasu was prepared to follow Keicho into the afterlife, but Keicho told him that Okuyasu needs to follow his own path. Choosing to instead stay in Morioh, Okuyasu awoke. Josuke yells at Okuyasu while holding back tears, telling him that if he was alright, he should have woken sooner.

Kira, not understanding how his saving grace could be taken away so quickly and cruelly, commands Stray Cat to fire another air bomb. Before it can though, Okuyasu uses The Hand to teleport Stray Cat out of Killer Queen and into his hands. Now robbed of his ace in the hole, Kira tries to flee for his life only to run into Jotaro, Rohan, and Koichi. Kira looks around desperately for an escape, only for all exits to be blocked off by curious neighbors and the fire department. Surrounded and bloodied, Kira begins to mentally break down as Hayato informs him that these people, the spirits of Morioh, will never allow him a peaceful life.