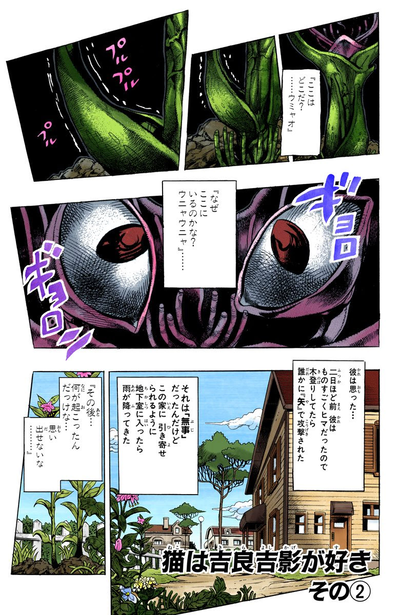 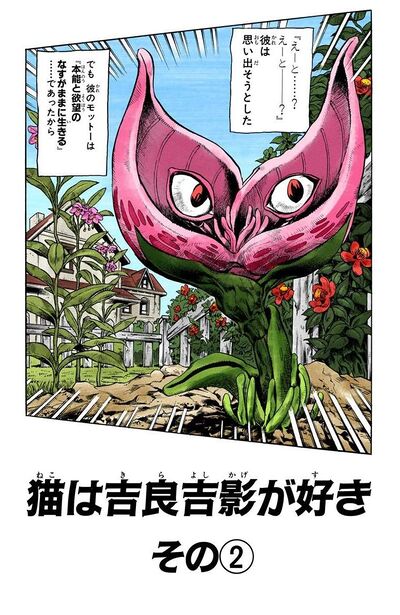 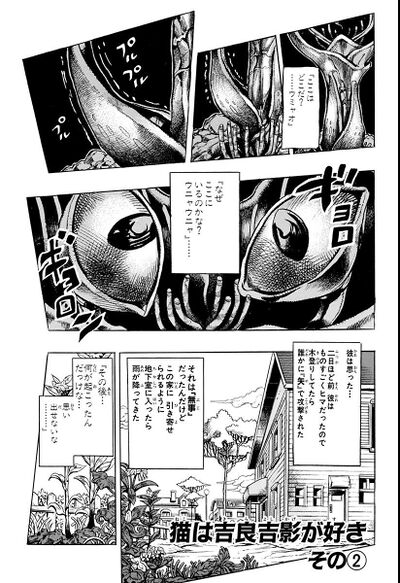 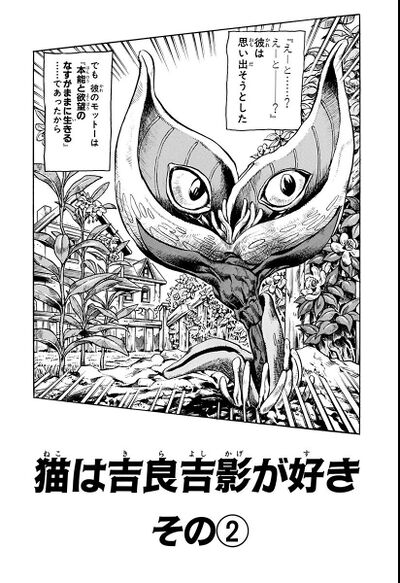 The cat wakes up in Kira's backyard as a plant and wonders where he is. Just two days ago, he was sitting by a tree and then got struck by an arrow. He survived, but it began to rain so he sneaked into a nearby house for shelter. The cat has difficulty remembering what happened afterwards, so he decides not to bother and begins grooming himself. However, his paw smells like grass and he no longer has a tail! Furthermore, he can no longer jump or move because his legs are stuck underground. As he's totally confused about how he got into such a predicament, he spots Shinobu exiting her house. She feels guilty for killing the cat, but she doesn't know where Kira buried him, so she ends up placing flowers in the wrong location.

The cat-plant has a sense of familiarity upon seeing the woman. Shinobu feels like she's being watched and thinks she heard something. When she turns around, the cat-plant sees the broom in her hand and immediately recognizes the human who swung a broom at him. The cat-plant blames the woman for being the reason why he's stuck in the ground because she tried attacking him for no reason causing glass and blood to cover his body. Feeling extreme rage and hate toward the woman, a Stand aura manifests around the cat-plant and Shinobu's entire toenail flies off, shocking both himself and Shinobu at what just occurred.

In fear, Shinobu believes she's being haunted by the cat because there was nothing for her toe to get stuck on. Realizing his newfound abilities, the cat-plant intuitively mastered his power. He proves it by killing a sparrow that was midair and then eats it. Kira appears and notices the deformed plant growing on the cat's grave, discovering that it was a Stand user after all. While Kira is curious as to what the creature's power is, it starts growing in size.