From JoJo's Bizarre Encyclopedia - JoJo Wiki
Jump to navigation Jump to search
This page is a translated version of the page Danny and the translation is 0% complete. 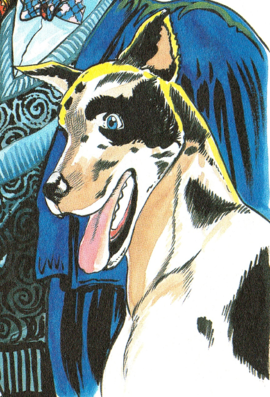 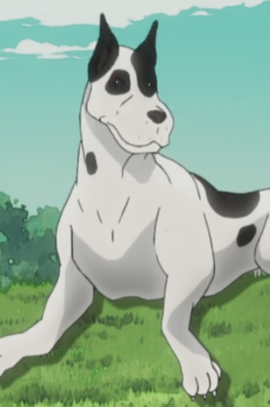 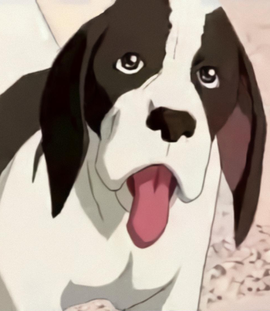 Episode 1 - Dio the Invader
For a similar character, see Danny
“
Is he not a splendid dog, who knows the value of a life?命というものを知つているのだあつぱれな犬ではないか！
”
—George Joestar about Danny, Chapter 4: Dio Brando the Invader, Part 3

. He is white and spotted with black.

Jonathan mentions that Danny is well behaved, and is smart enough to open doors.

When Dio arrives, he knees Danny in the jaw while lying that he did it because he has been startled by the animal running at him.[3] Weeks later, Dio retaliates for Jonathan beating him in a fight by placing the hound in the incinerator to be burned to death. When Jonathan learns of Danny's agonizing death upon his return, the dog is buried in the backyard of the Joestar Mansion. Jonathan knows that Dio has a role in this. That night, Jonathan cries while lying awake in bed over losing his only remaining friend.[4]