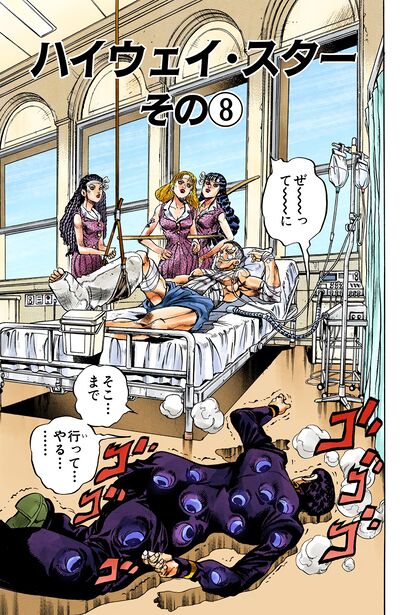 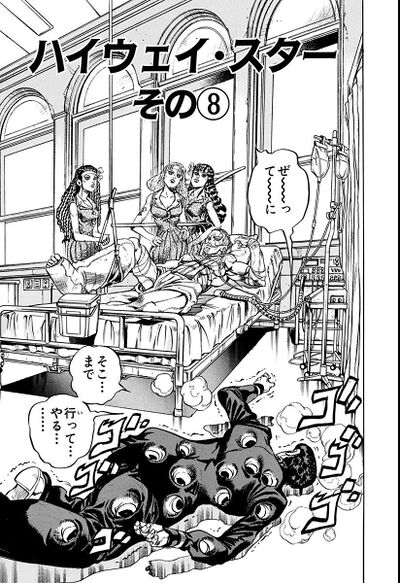 Highway Star, Part 8 (ハイウェイ・スター その⑧, Haiwei Sutā Sono 8), originally I'm the Angry One Here!! (怒っているのは俺だ!!, Okotteiru no wa Ore da!!) in the WSJ release, is the one hundred twenty-sixth chapter of Diamond is Unbreakable and the three hundred ninety-first chapter of the JoJo's Bizarre Adventure manga.