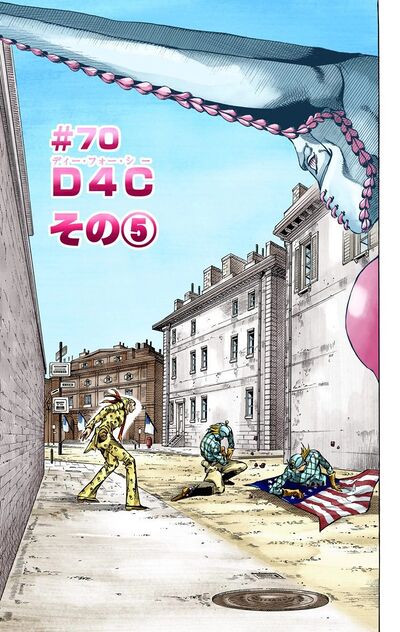 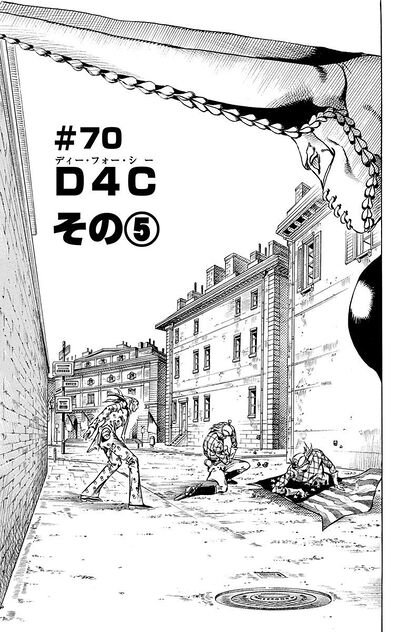 Valentine incapacitates the alternate Wekapipo while the alternate Diego dies from his wounds. Valentine then departs with the Left Eye, but Diego guided the alternate Johnny Joestar to him with his dinosaurs, and the President is seemingly shot down before he can put himself between a door and a wall. However, Diego notices that the Left Eye has disappeared and that Valentine must have escaped.

Having worked out the mechanisms of D4C's power, Diego lures both Wekapipo from each side of the flag, and drags one through it. The portal between universes is reactivated and Diego returns to his original universe with the alternate Wekapipo. Both Wekapipo fuse with each other and die, disappearing into Menger sponges.

Diego returns to his horse, deducing that Valentine can travel between worlds by putting himself between two surfaces, then that he can switch bodies. He concludes that the Holy Corpse Parts are exclusive to his universe, meaning Valentine cannot hide forever within neighboring worlds. Meanwhile, Gyro decides not to follow Valentine's trail but Johnny's.

Author's Note
“
This year I got to meet Mikiya Mochizuki-sensei and Kishin Shinoyama-sensei. I hope to be like them when I'm older.
”
—Hirohiko Araki
“
今年に入り望月三起也先生、篠山紀信先生と会えた。あんな風に年をとりたいです。
”
—Hirohiko Araki