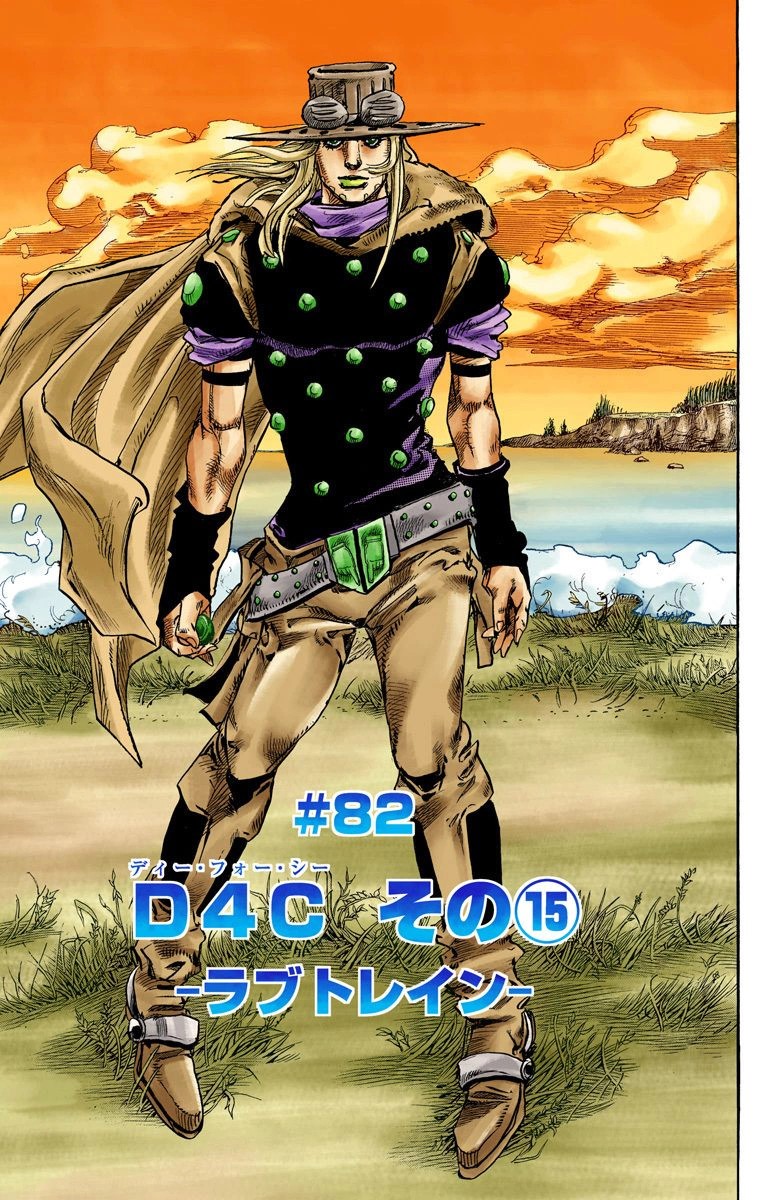 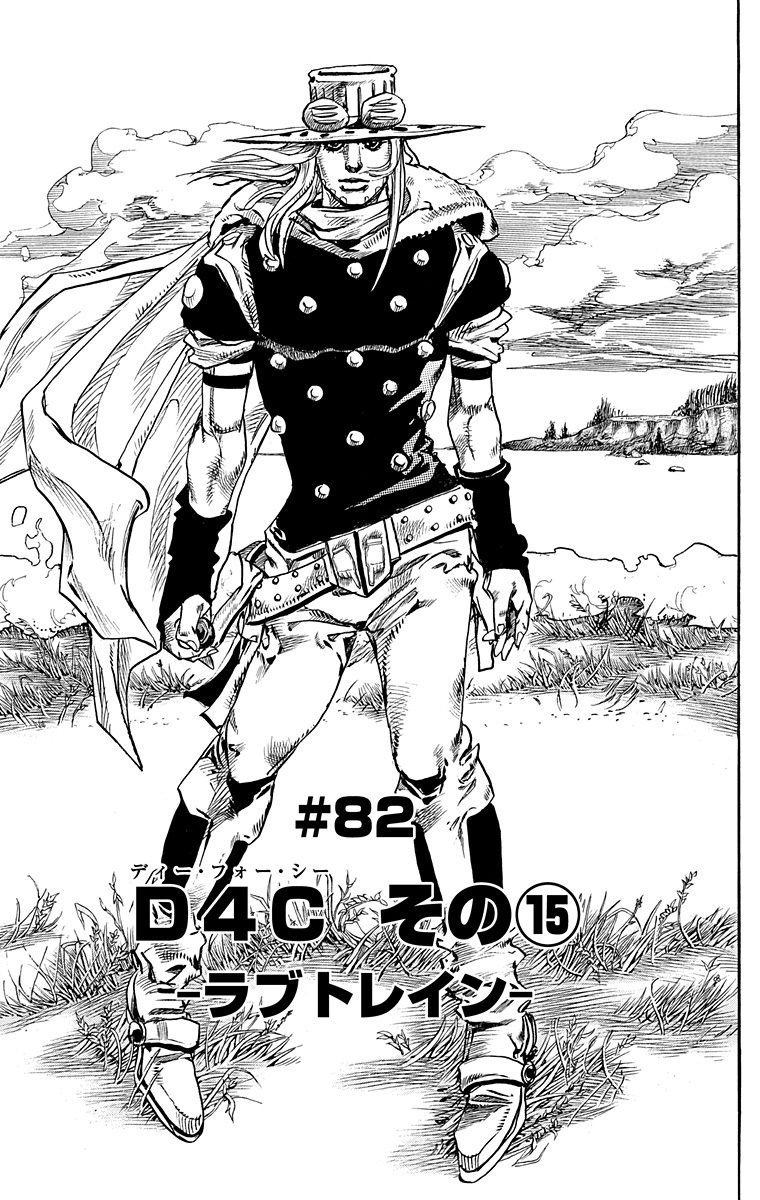 As Johnny picks up the Steel Ball and saddles up, Gyro arrives near the ocean who has been drawn to Lucy but stopped around her. He sees that Lucy's transformation has reversed. As Valentine approaches, Gyro thinks up a plan: the environment surrounding them now is the ocean, which can be to Gyro's advantage. Valentine has to get out of the gap in space to attack, and he cannot hide into the water within the gap forever because he'll still drown. Therefore, the area in which Valentine can get out of the gap and attack is the narrow band of dry soil between him and Gyro and when Valentine attacks, Gyro will throw a Steel Ball and have a great chance of hitting him.

Valentine himself gauges the situation in which they are fighting, but doesn't understand why Gyro's trapped himself when D4C Love Train is invincible, and wonders in what throwing Steel Balls over and over have any impact. Suddenly, a gust of wind makes Valentine realize with horror that his left ear is missing. As Gyro begins to ride toward him, Valentine finally grasps the danger of the Steel Ball, and figures that the horses are needed for Gyro's Spin to hurt him.