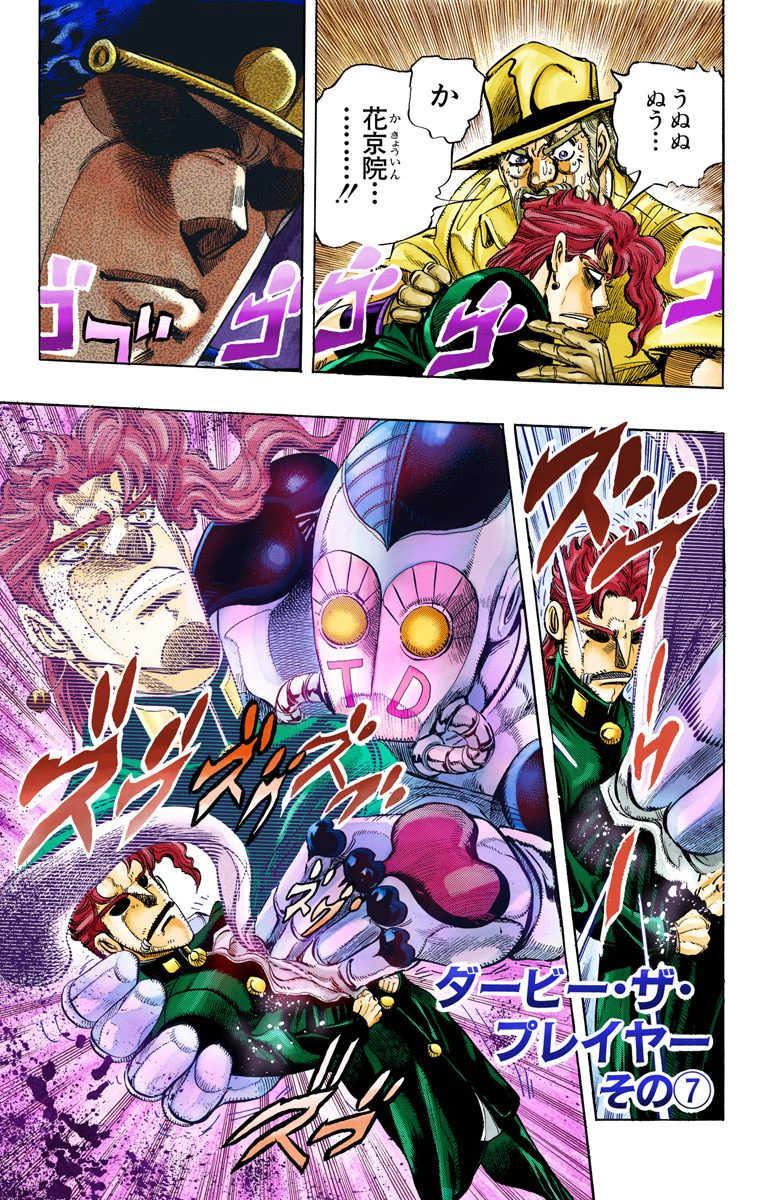 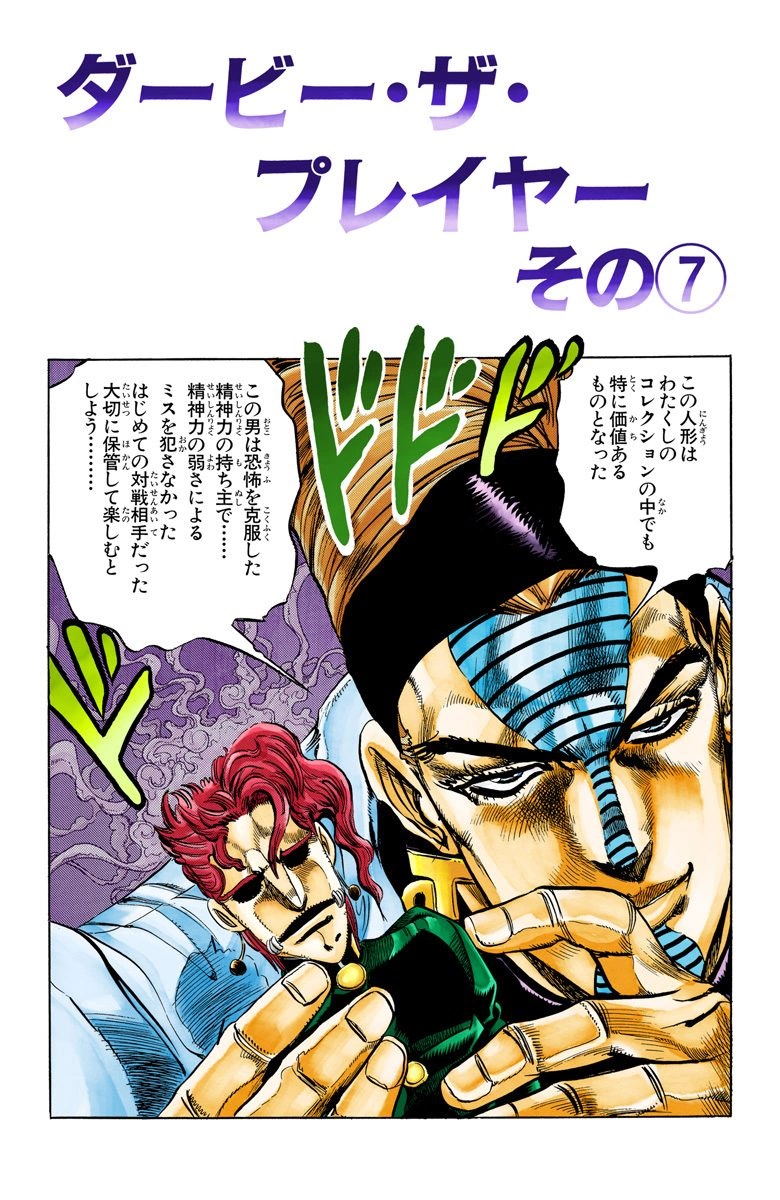 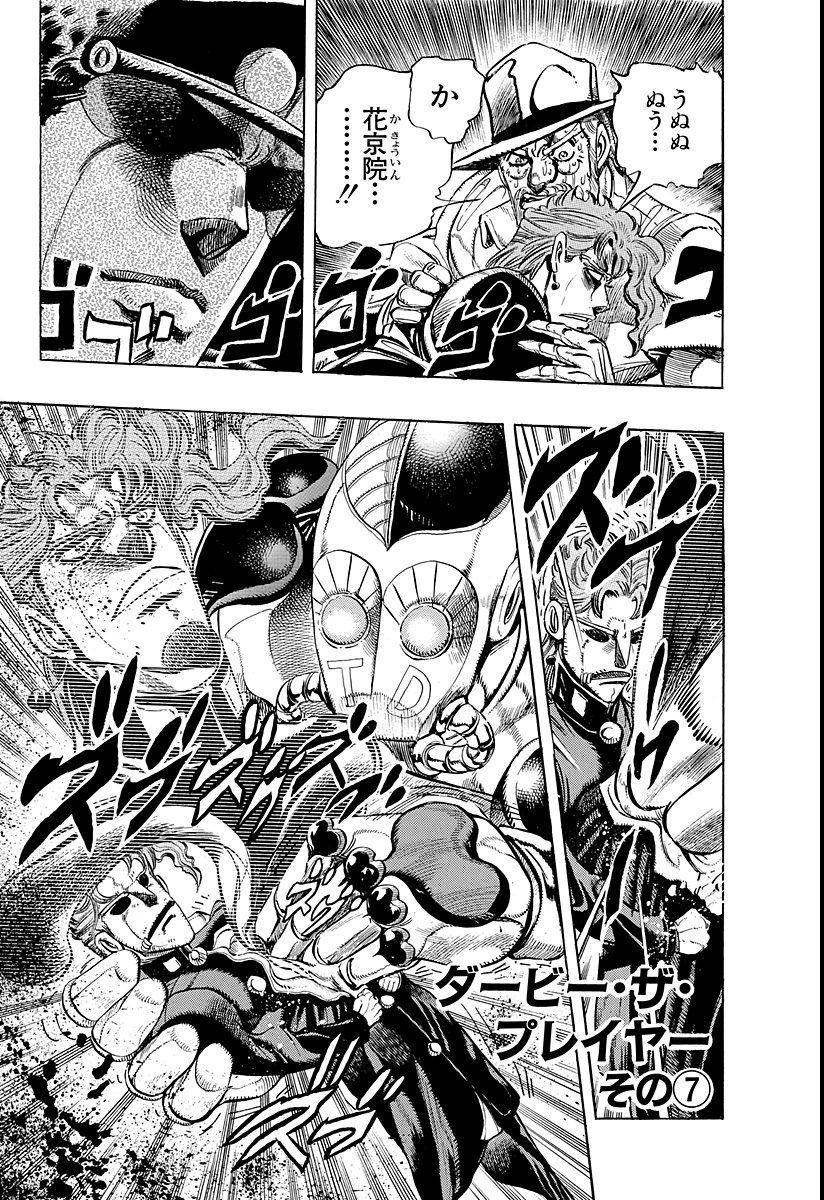 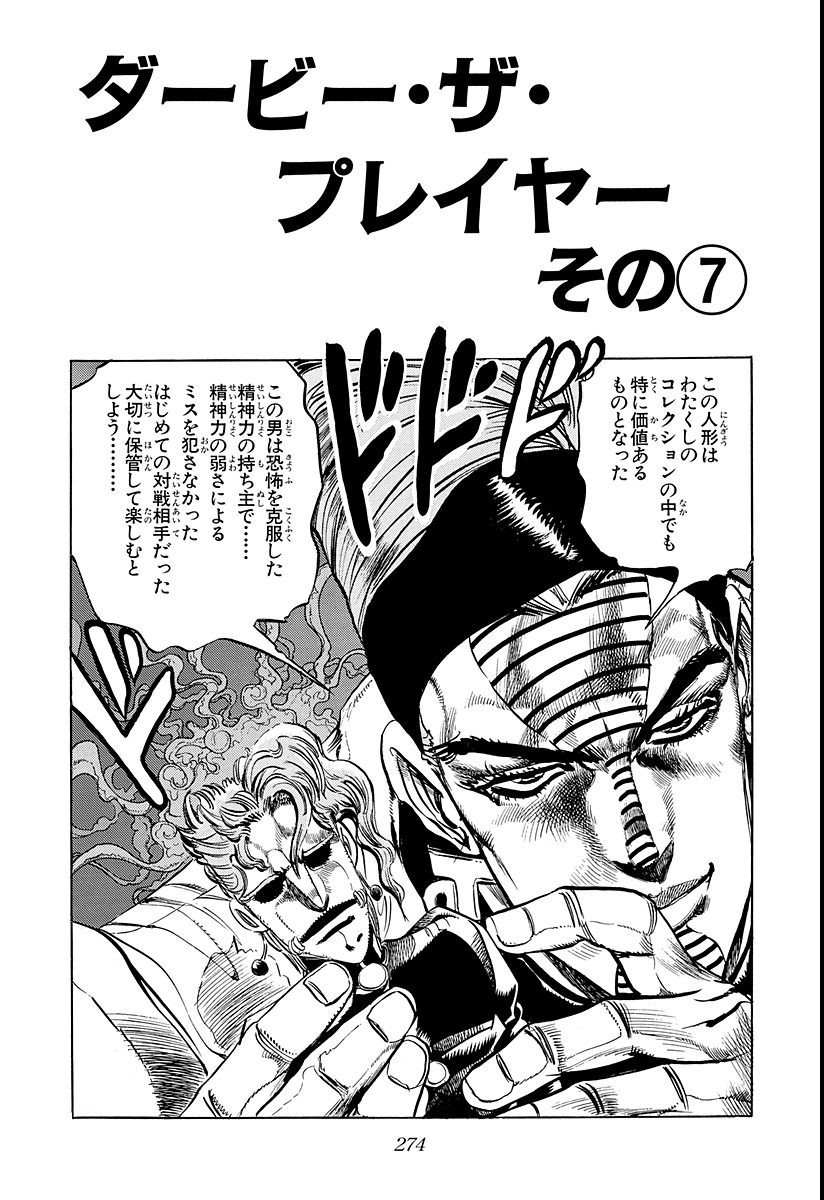 Atum steals Kakyoin's soul and inserts it into a doll. Telence compliments Kakyoin's ability to overcome his fear, and that he will have a special place within Telence's collection. Now that he has Kakyoin, Atum lets go of Jotaro's arm. Jotaro sits down, explaining that Joseph wouldn't stand a chance in a battle of video games. Jotaro picks "Oh! That's a Baseball!!" as their next game. It plays just like real baseball. The two pick their teams, and players. Jotaro's up to bat first, but swings way too early and gets a strike. After the pitch, Jotaro continues swinging. Joseph realizes that Jotaro has never played a video game before and is testing out the controls.